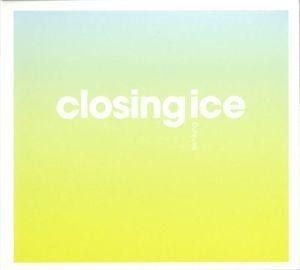 Content: If you like intelligent electro experiments you for sure know Jens Massel aka Senking. And if you don’t know this German artist I think his newest opus is a great opportunity to get a bit more familiar with his unique sound treatments.

Massel has already released an impressive number of work, Raster-Noton being most of the time a comfortable home for his visionary experiments. “Closing Eyes” sounds a bit like an invitation to simply stop all our business and enter into the enigmatic electronic dimension of Senking. The musician rather appears to be a sound architect who’s more concerned by the creation of analogue treatments, which he next put into a mould of IDM. The work is once more filled with heavy sound blasts and deep resonating frequencies and flat bass tones.

Another characteristic of this artist remains in the slow cadence running through his work. It’s not exactly what I would call danceable music although it’s possible to dance to it in a rather experimental way. The music would perfectly match with a visual performance.

This artist explores the avant-garde paths of electronic music, but it can also be seen as a move back to the creation of noises, which was a quite common procedure during the early years of electronic music. “Closing Ice” is a real ambitious sonic platform revealing a truly astral dimension of electronic music. I’ve always been impressed by the facility of Senking to make ultra experimental music very accessible. The new work again fascinates and innovates within the universe of IDM.

I also was amazed by the complexity of some passages, which simply confirms the growing composing skills of Jens Messel. While his earlier work was more exploring ambient sonic paths he progressively joined a new dimension of experimental-techno and IDM opening paths for label mates like Diamond Version.

Conclusion: Senking is an artist who really deserves a wider recognition as he can be easily considered as one of the early visionary artists of the further IDM movement. This work is a new masterpiece in sound research.

Since you’re here … … we have a small favour to ask. More people are reading Side-Line Magazine than ever but advertising revenues across the media are falling fast. And unlike many news organisations, we haven’t put up a paywall – we want to keep our journalism as open as we can. So you can see why we need to ask for your help. Side-Line’s independent journalism takes a lot of time, money and hard work to produce. But we do it because we want to push the artists we like and who are equally fighting to survive. If everyone who reads our reporting, who likes it, helps fund it, our future would be much more secure. For as little as 5 US$, you can support Side-Line Magazine – and it only takes a minute. Thank you. The donations are safely powered by Paypal.
Tags: Senking