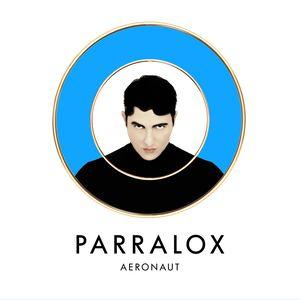 This new work reveals 11 fresh songs opening with the title song, which is totally representative for the sound of Parralox. It’s a polished and well-crafted production made by beautiful sound sculptures and clear vocals. “Do You Feel What I Feel?” opens with a mysterious, but famous Enigma sound and rapidly moves into an elaborated and extended creation of hopping rhythms and a deep resonating bass line. The pumping kick makes it all very danceable while this song has something body-pop as well.

“Aeronaut” moves from danceable cuts towards dreamy passages. This reverie side is the softer part of the work, which is well-crafted and absolutely relaxing.

Things get more interesting on “Somebody II”, which is filled with some kind of nu-disco effects while a few passages remind me of Depeche Mode. This is a cool and accomplished piece of music.

The last part of the work is more creative, quite diversified and featuring a few more attention grabbers. I’m first of all referring to the groovy and sexy sounding “Wrong Or Right”, which is another great danceable piece of music.

“Zero” coming up next is my favorite and possibly a potential hit for the band. The song is carried by a menacing bass line, but I was especially flabbergasted by the terrific sound effects and intelligent arrangements this song has been made of. It’s a kind of high-tech electro-pop song like opening the path for a new generation of synth-pop musicians.

The album released by Conzoom Records also features 4 bonus songs. This is not the most creative part of the work as it features 3 extended versions of 3 album songs. These songs each go over the 6 minutes. It’s cool, but not exactly adding anything new.

Conclusion: Parralox is a band that has never disappointed and simply becomes better throughout the years. Even if the band is not exactly one of the leading formations in the synth-pop genre, the new work simply proves it’s a real reference for its global writing and production.

Since you’re here … … we have a small favour to ask. More people are reading Side-Line Magazine than ever but advertising revenues across the media are falling fast. And unlike many news organisations, we haven’t put up a paywall – we want to keep our journalism as open as we can. So you can see why we need to ask for your help. Side-Line’s independent journalism takes a lot of time, money and hard work to produce. But we do it because we want to push the artists we like and who are equally fighting to survive. If everyone who reads our reporting, who likes it, helps fund it, our future would be much more secure. For as little as 5 US$, you can support Side-Line Magazine – and it only takes a minute. Thank you. The donations are safely powered by Paypal.
Tags: Parralox