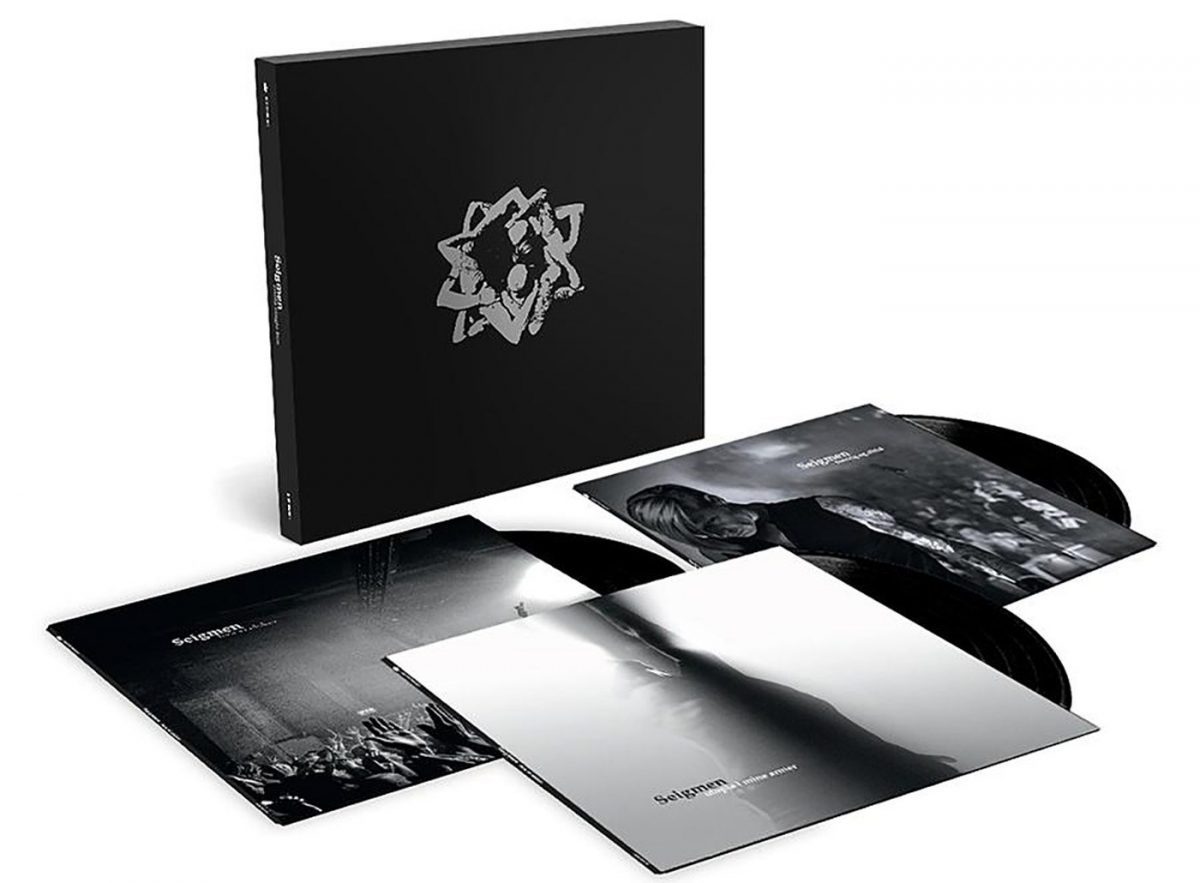 (By our Norwegian correspondent Jan Ronald Stange)
Christmas started early this year for fans of Seigmen, Zeromancer and Ljungblut, as Seigmen announced that they will release a triple 7″ vinyl box on December 16th, the same day as their concert at Støperiet in their hometown Tønsberg.

These are the singles from their latest album ‘Enola’ from 2015 and have previously only been released in non-physical formats. Each single comes with unreleased tracks a B-sides, consisting of unreleased material based on classic Seigmen songs, used as intro and intermezzos during the Enola tour.
The singles comes on individual 45´vinyl records, each one with a gatefold sleeve and packaged together in a heavy cardboard high quality box.

It’s been in the making for a while, and in a comment Alex Møklebust explains the timing of the release:
– The box project got started about a year ago, but then got postponed for a while, and when it could coincide with our concert at Støperiet we felt that was a good time for this release. We wanted to release these singles as physical items, so it had to be 7 inch vinyl!

More info about the project in the video below!

Limited to 500 units worldwide – get yours today at their shop!

Since you’re here … … we have a small favour to ask. More people are reading Side-Line Magazine than ever but advertising revenues across the media are falling fast. And unlike many news organisations, we haven’t put up a paywall – we want to keep our journalism as open as we can. So you can see why we need to ask for your help. Side-Line’s independent journalism takes a lot of time, money and hard work to produce. But we do it because we want to push the artists we like and who are equally fighting to survive. If everyone who reads our reporting, who likes it, helps fund it, our future would be much more secure. For as little as 5 US$, you can support Side-Line Magazine – and it only takes a minute. Thank you. The donations are safely powered by Paypal.
Tags: alex møklebust, enola, Ljungblut, seigmen, Zeromancer