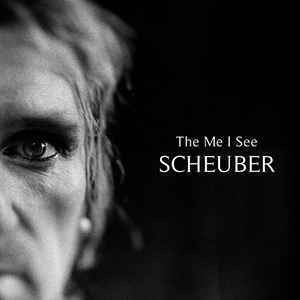 Background/Info: Dirk Scheuber will always linked to Project Pitchfork and the one behind the keyboards. He got involved in a few other bands like Kyova and Ribcage, but that’s already a while ago now and none of these projects become really successful. It was high time for Dirk Scheuber to walk into the light, leaving Project Pitchfork in the shadow to reveal his real skills.

Content: “The Me I See” seems to have been created and composed as a kind of final cure to exorcise personal demons. We all know the greatest masterpieces have been often realized when an artist touched the bottom of mental disease. This album sounds dark, although filled with a hope. The music of Scheuber left me breathless. Comparisons with Project Pitchfork are unavoidable so even if Peter Spilles is a genius, this album is definitely more accomplished than the latest albums from the ‘pitchies’.

The songs are driven by pop-minded grooves while carried by danceable kicks. There also is a fascinating evasive atmosphere supporting the tracks. It sounds a bit space-like and is reinforced by multiple astral sweeps. The vocals are pretty cool, but maybe remain the single element that could have been better and especially more passionate.

This is a beautiful album with a very personal pop approach. The choruses are sometimes elevating the music towards a climax. A few songs even remind me to a darker expression of Moby.

+ + + : The album sounds very personal because of the intimate lyrical content. The beauty of the lyrics totally match with the accomplishment of the music. It’s a dark kind of pop-music revealing exciting groovy passages and danceable rhythms. The choruses have a transcendental feeling. “The Me I See” is a real revelation in sound and a brilliant production revealing the real Dirk Scheuber.

– – – : I’m convinced that the production of the vocals could have been better. Don’t get me wrong, Scheuber is a talented singer (singing in English), but I’m sometimes missing a bit more passion.

Conclusion: “The Me I See” is a brilliant album from an artist who probably remained for too long in the shadow of Peter Spilles. Respect Mr. Scheuber, you’ve accomplished a pure sonic jewel!