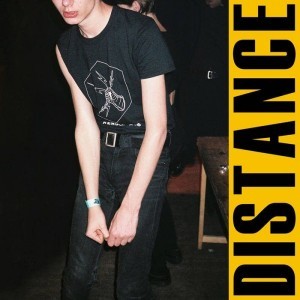 Background/Info: Hailing from one of the most beautiful capitals in the world, the Parisian band Rendez-Vous was set up by Francis Mallari, Elliot Berthault, Maxime Gendre and Simon Dubourg. They previously released the 12” “Rendez-Vous” in 2014 on Zappruder. “Distance” is their next maxi featuring 6 new cuts.

Content: Rendez-Vous clearly had an appointment with some legendary new-wave ghosts. The music and global spirit of the production both awake great memories reminding to bands like March Violets and The Cure. The songs are carried by this unique mewing guitar playing, which was that particular for the new-wave movement.

The global work sounds dark and the vocals are pretty cavernous. A few raw electro sounds only reinforce the icy sound of this band.

+ + + : Rendez-Vous is another fascinating emulator of the 80s, which has found a new home at the promising Avant! Records. “Distance” brings the magic of the 80’s alive and one more confirms it was a unique decade to live in and especially to compose music. The A-side of this disc is simply outstanding.

– – – : The only regret I can point out when listening to “Distance” is the discrepancy between an outstanding A-side and a less inspired (although still cool) B-side. Originality in sound are totally absent, but if you don’t know anything about this band you for sure will swear to have discovered a forgotten 80s formation.

Conclusion: Rendez-Vous has been announced as a promising and talented new band and I can only agree. They don’t simply play 80s music, their production simply reflects the spirit of the 80s.