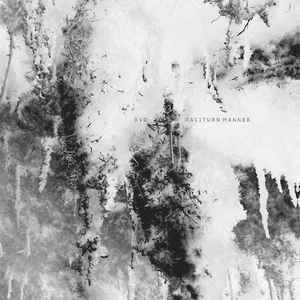 Background/Info: Reggy Van Oers is a DJ and producer from The Netherlands who’s now been busy for more or less 10 years. The album “Taciturn Manners” is the first full length of Reggy Van Oers and has been released on his own label Telemorph.

Content: The name of this artist sounds pretty techno-minded and that also is the main basis of his work. But there also is a solid ambient element running through the compositions. It creates an apocalyptic techno feeling revealing mysterious sound waves and even some tribal patterns.

The spooky-ambient atmosphere together with technoid elements can even become transcendental while the album finally gets back towards a more ambient voyage.

+ + + : Reggy Van Oers belongs to the growing number of techno artists with a ‘dark’ side. I was fascinated by the haunting ambient sound sculptures running through this work while I also enjoyed the tribal element emerging at “Parietal Defect”. “Imperative Bias” is another piece I highly recommend for its kind of trance climax. The entire production is carried by great and sumptuous sound treatments.

– – – : I’m not entirely convinced when Reggy Van Oers becomes more ambient-minded than techno-driven. The final track is the perfect illustration and not exactly the best exponent of this work.

Conclusion: If you think that Reggy Van Oers is a rather stupid and typically techno-inspired name for an artist, his sound will definitely confirm the techno inspiration, but will possibly blow you away. This is the dark side of techno!