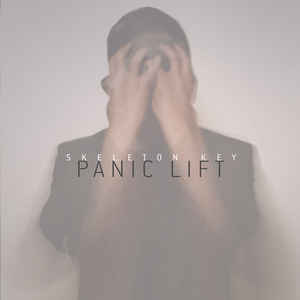 Background/Info: Ten years after the debut full length “Dancing Through The Ashes” Panic Lift has released its fourth album to date. This American formation is driven by James Francis and Dan Platt plus Ben Tourkantonis on drums.

Content: Panic Lift has always been difficult to categorize and that’s again the main characteristic of this new opus. “Skeleton Key” for sure is a dark inspired piece of work, but you can’t really define the music genre of this band. The composition remains inspired by a kind of electro-rock & industrial format driven by furious vocals. It sometimes moves on the edge of metal music, but a few songs later you will notice a rather hard-pop influence touch.

This is a versatile work, which even experiments with some ballad-minded songs and even reverie passages. There’s a constant duality between the influences and that’s for sure the trademark of Panic Lift.

+ + + : The mix between all the different influences remains the main strength of Panic Lift, but also the elements making this new album different from other releases. Panic Lift is not cliché, but just a band with a unique dark sound. I especially like the kind of dark-pop inspired “Finally What You Wanted”, which is a well-crafted and elaborated composition. Another attention grabber is “The Path”, which sounds harder and more electro-wise.

– – – : The main strength of the album also remains –and that’s often true, the real point that hurts. Mixing multiple influences is a rather creative process, but I get the impression some cuts aren’t that in harmony with each other. There’s a strong duality running through this work, which can’t fully convince me.

Conclusion: Panic Lift sounds like a sonic alien lost in an underground music universe, which is too often repeating itself. It however is not my favorite album from the band.

Best songs: “Finally What You Wanted”, “The Path”, “Paper Mask”.