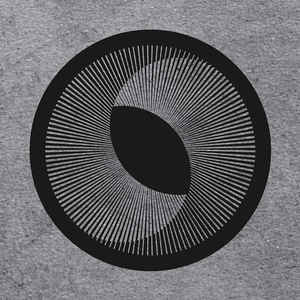 Background/Info: Swedish duo Jan Strandqvist & Frida Madeleine has already released a few noticeable productions. I still have their previous full length “Electricity” (2016) in mind. They now strike back with their fourth album, which has been released exactly 38 years after the suicide of Ian Curtis. This album indeed is inspired by legendary Joy Division and especially by the “Closer”-album. Red Mecca explains this wink as ‘comparison with “Closer” is perhaps superficial, but we mean we have found our own progressive and challenging darkness’.

Content: There indeed is no comparison with Joy Division possible, but it’s interesting to see how a contemporary electro-pop driven formation has been inspired by one of the greatest cold-wave formations in history. Sound-wise Red Mecca remains faithful to their electro-pop approach characterized by slow rhythms and the sweet and fragile vocals of Frida Madeleine. But the songs also reveal different influences, which brought the band to experiment with trip-pop/hop elements.

+ + + : There are a few real beautiful songs featured and I especially want to mention “Set In Motion” for the great, elevating effect. Another noticeable song is “Mirror”, which is carried by a solid bass line. I still have to mention “Communities” for the heavenly female vocals. It remains another main characteristic of Red Mecca. Frida’s timbre of voice sounds sweet and somewhat childish, but a few cuts reveal a more passionate way of singing.

– – – : A few cuts are a little less monotonous. They nicely going by, but can’t totally convince.

Conclusion: Generally speaking this new work also marks a step forward in the band’s history. It’s maybe not their best work to date, but Red Mecca doesn’t clearly repeat them. There’re a few great songs featured at this ‘dark’ work. This band remains worthy of examination!