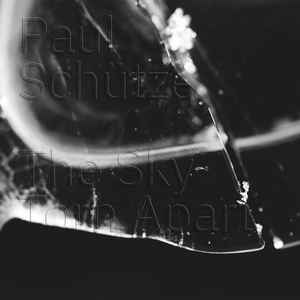 Background/Info: When Australian artist Paul Schütze released his debut album “Deus Ex Machine” in 1989 on Extreme no one probably thought that this musician should become a reference in experimental and ambient music. Schütze has released numerous productions and worked with some real noticeable artists –and I here especially remember his album together with Lisa Gerrard. Paul Schütze is now back on track and this after a hiatus of 8 years and even longer if it comes to his last solo-album.

Content: “The Sky Torn Apart” totally fits to the conceptual approach of the Italian label Glacial Movements. So the work becomes conceptual as well, a reflection about the world we’re living in and the nature around us. Sound-wise it sometimes makes me think of a space-walk created with surgical electronic noises. Field recordings and an impressive canvas of sounds have been used to bring the listener into a state of pure contemplation. From dreamy passages to definitely darker and even freaky parts, the work reveals only one single cut from nearly 60 minutes.

+ + + : Paul Schütze is a truly sound surgeon. His creation remains faithful to his experimental-ambient creation. He once again excels in the way he’s manipulating noises to become now evasive and then anguishing. I especially like the darker passages featuring crispy noises and dark-humming sound waves. It also remains a work with a strong visual appeal leaving the listener in his own inner world.

– – – : The minimalism and experimental approach of the musician aren’t always easy to seize and to listen to. It’s a very weird trip, which might become a little bit monotonous after a while.

Conclusion: The fans of Paul Schütze will be ravished to discover a new opus from this renowned artist while I also have to congratulate Glacial Movements to have released this album. Paul Schütze is composing again with the same creative mind as in the past.

Since you’re here … … we have a small favour to ask. More people are reading Side-Line Magazine than ever but advertising revenues across the media are falling fast. And unlike many news organisations, we haven’t put up a paywall – we want to keep our journalism as open as we can. So you can see why we need to ask for your help. Side-Line’s independent journalism takes a lot of time, money and hard work to produce. But we do it because we want to push the artists we like and who are equally fighting to survive. If everyone who reads our reporting, who likes it, helps fund it, our future would be much more secure. For as little as 5 US$, you can support Side-Line Magazine – and it only takes a minute. Thank you. The donations are safely powered by Paypal.
Tags: Paul Schütze