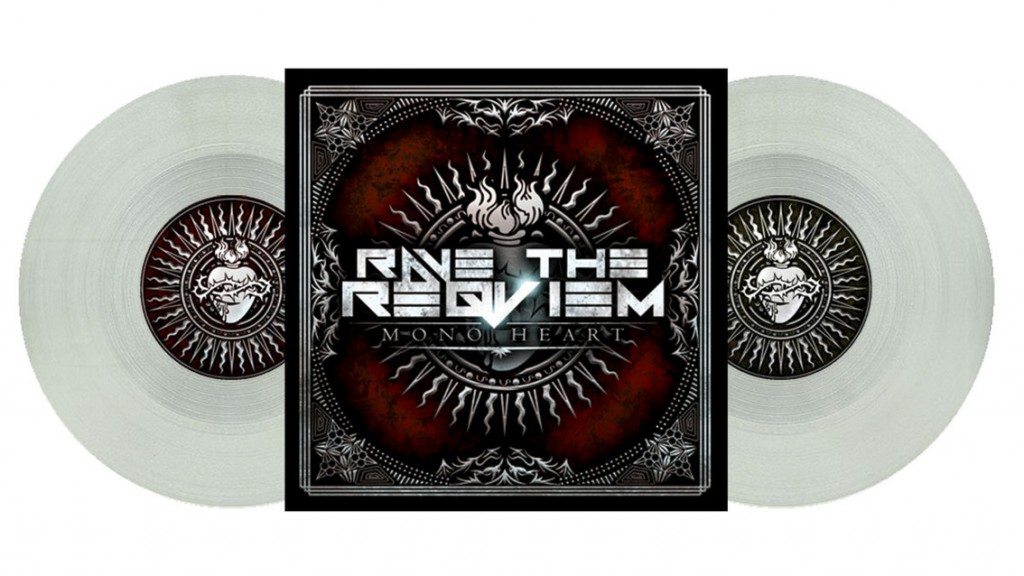 DWA signed act Rave The Reqviem have released a 3-track digital single, “Mono Heart”, taken from their forthcoming album. The single includes 2 non-album “b-sides” next to the title track.

And good to know, the single is also available as limited edition lathe-cut transparent vinyl 7″ – or ultra-limited double-vinyl 7″ besides the regular download which you can get ahold of right here on Bandcamp. You can check the different trackless right here.

“Mono Heart”, like the rest of the band’s upcoming second album, was mixed and mastered by André Alvinzi (of Swedish metal studio Fascination Street). Alvinzi ‘s previous credits include the mixing and mastering of albums by Insomnium and The Forsaken, keyboards and additional programming for bands such as Amorphis, Angra and Moonspell, and the 5.1 surround sound mix of the latest At The Gates album (assisted by Linus Corneliusson).

Listen to the single below and download it here:

Regarding the 2 “b-sides”, first of all there’s the alternate mix of “Mono Heart” which was engineered by Johan Ramström of RamPac – the songwriting/production duo known for producing artists such as Swingfly and Crashdiet. Working primarily with top level Swedish mainstream artists, RamPac have been involved in several productions featured in the Swedish Eurovision Song Contest.

The second non-album bonus track comes in the shape of symphonic ballad “The Antedilvvian Lvllaby” – which serves as a vehicle for both the melancholic side of Filip Lönnqvist’s songwriting and the solo vocal talents of Carola Lönnqvist. Co-produced by Egosoft GmbH video game music composer Alexei Zakharov (whose talents also feature on the upcoming second album),”The Antedilvvian Lvllaby” presents a very different sound of the band.