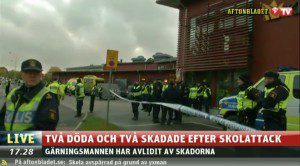 Two people were killed by a masked attacker, said to be 21-year old Anton Lundin-Pettersson, a Trollhättan based Rammstein fan, who entered a school in Trolflhättan armed with what looks like a sword. The incident happened in a 90% migrant school and it’s being considered that the attack was politically inspired. One of the dead victims is an adult male teacher. The second person died while undergoing surgery. Two other people were injured.

Some reports say that he was listening to Rob Zombie’s “Dragula” whilst carrying out the attack. That wouldn’t be surprising because it was also the last video which he posted yesterday at 8:44pm on his Facebook page.

The attacker himself was shot by the police and later succumbed to his wounds at the hospital. Below is a picture taken from the masked attacker earlier that day (actually moments before he would start the attack) in the uniform he wore. 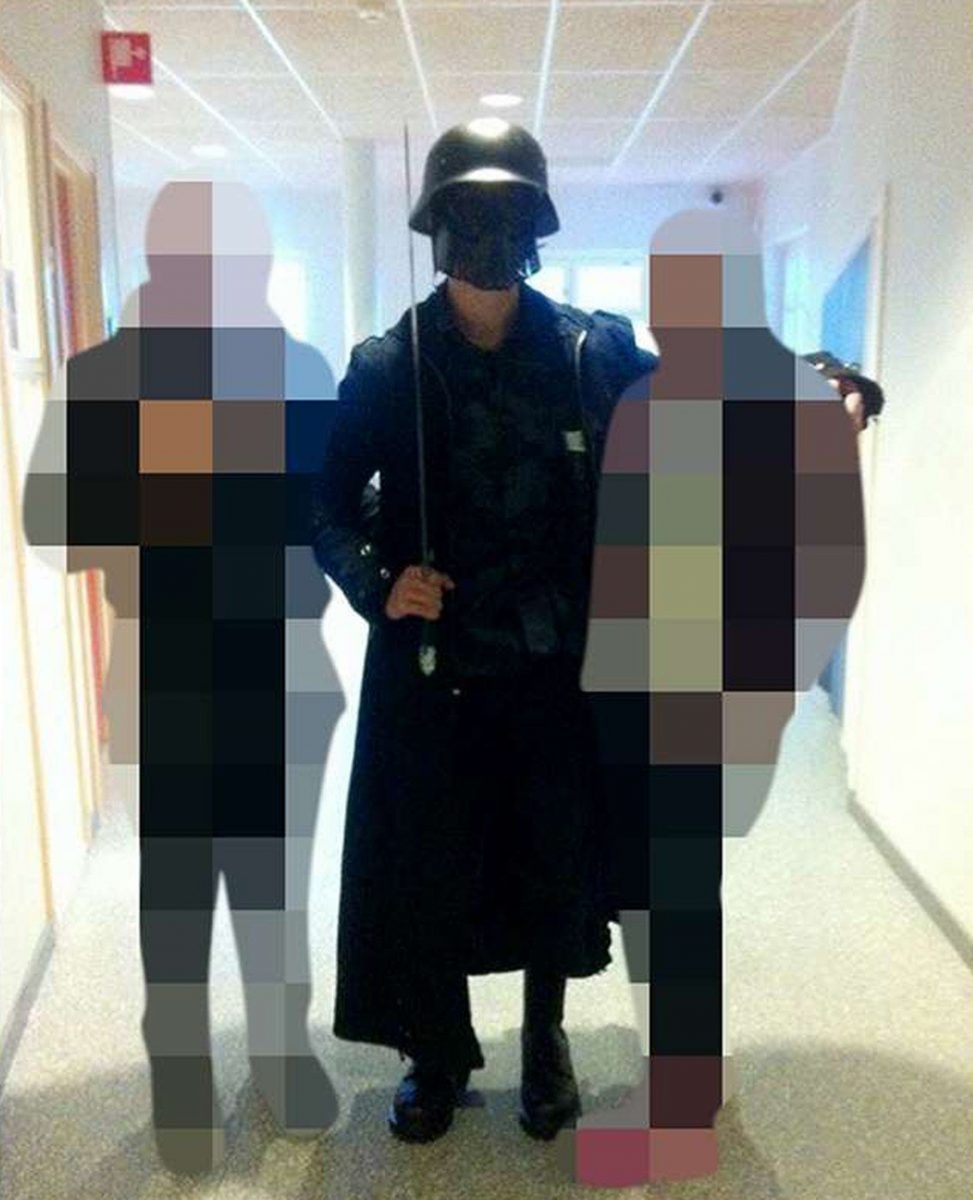 And here’s a screenshot of his Facebook page. It isn’t difficult to understand that the imagery of Rammstein will be used against the band by some in the mainstream media.

The city of Trollhättan is located 75 km north of Sweden’s second-largest city, Gothenburg.

We’ll update this story when more details get out.