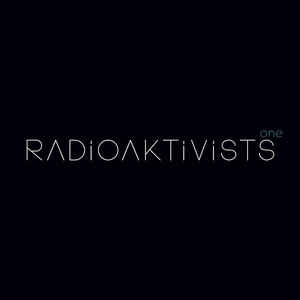 Background/Info: While you maybe heard of this ‘new’ band before (being featured on a label compilation “Dependence 2012”) “Radioakt One” is the debut full length of Krischan Wesenberg (Rotersand, Future Lied To Us ao), Frank Spinath (Seabound, Lionhearts, Edge Of Dawn, Ghost & Writer ao), Daniel Myer (Haujobb, Architect ao) and Sascha Lange (who seems to make his first steps as a band member). Notice by the way the album is also available as double CD format featuring extra songs and remixes.

Content: When some of the most genius artists from this scene come together with one of the most praised singers you only, but can expect a masterpiece. “Radioakt One” is a record on, which you can hear the input of the ‘three’ big names from the band. Some arrangements and sound treatments are clearly reminding to Rotersand while more evasive atmospheres sound like the trademark of Daniel Myer while Frank Spinath has this unique timbre of voice. The songs sound like a very personal and somewhat future-like vision of electro-pop.

+ + + : Radioaktivists clearly is the meeting between some of the biggest names active at the wider German fields of electro-underground music. And the good thing is that they clearly have injected their very own touch to the work, which resulted in a harmonious and accomplished work. The album sounds as a sonic exploration moving from evasive passages towards a few harder cuts. But in the end it all remains an album, which is more made to listen to instead of music for the dancefloor. I personally like the darker and even anguished parts such as the last track “Leere”. I also have to recommend “Radioactive” for the osmosis of Haujobb and Rotersand plus “I Want You”, which is the most accomplished and artistic piece of the work.

– – – : No doubt about it, this album will get a great response and especially in Germany, but it also is a rather complex piece of music. It’s not exactly the most accessible music, which also is hard to label.

Conclusion: The good thing is that Radioaktivists are playing live so this album might be more than a one-shot project. Let’s now hope that there’ll be a harmony between those artists instead of an ego-clash.