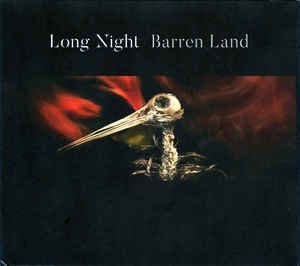 Background/Info: Norwegian formation Long Night has already been active for a few years now. There was a first work released in 2016, but “Barren Land” is the band’s official debut album featuring nine songs.

Content: Long Night is clearly driven by dark-rock music, but also by 80s cold-wave influences and other more psychedelic-rock music. I sometimes get the impression of hearing an offspring between The Cult and Pink Floyd. The guitar playing is a very important element from the album and especially because it injects a truly spirit in the songs.

+ + + : The guitar parts have something elevating, even transcendental. The song “Black River” is a fully accomplished dark song with such a great hypnotic feeling. It’s maybe somewhat different from the other songs, but it’s a brilliant composition. Long Night also reflects such an impressive maturity in the songwriting. The songs are well crafted and all influences together create an efficient and homogenous result. There also is a noticeable psychedelic touch emerging from some songs, which will definitely please guitar freaks.  Last, but not least I also want to say a word about the great artwork (digipak) of the album.

– – – : From a very personal point of view I would have liked to hear more darker influences running through the songs or to hear more songs in the style of “Black River”. The title track is definitely not my favorite one, being maybe too psychedelic-like.

Conclusion: “Barren Land” is a delicious crossover between different influences resulting in something personal and promising.