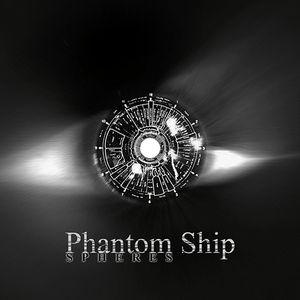 Content: The album has been introduced as ‘inspired by the eternal dialogue between the inner and the outer sphere of the human psyche’. The theme is not that new and rather common in the fields of dark-ambient music, but it always is fascinating to explore how an artist transposes this ‘dialogue’ into sound.

“Spheres” clearly sounds like an imaginary invitation to embark for a freaky voyage throughout cold, cellar atmospheres and ghost-like passages. You sometimes get the illusion that distant signals are joining in. The work is an enigmatic and suffocating experience in sound empowered by overwhelming sound waves and humming, ghost-like passages.

“Chakras Chant” reminds me a bit of the dark sound universe of Raison d’Être and I was positively surprised to see (after the listening) that Peter Andersson himself did the mastering of this opus. The disturbing atmospheres clearly remind me of the work of Raison d’Être although he last track reveals an explicit cinematographic format accomplished by some piano parts.

+ + + : There’s an interesting progression in the tracklist, which reaches its apotheosis at the final part. The compositions are well-crafted and featuring a strong visual appeal, which always is an essential element for this kind of music.

– – – : I’m convinced that some extra elements could totally accomplish this album. I here refer to the more elaborated “Chakras Chant”.

Conclusion: Winter-Light confirms after the brilliant debut release by FoetusDreams to have a real nose for upcoming and new dark-ambient talents. “Spheres” is a fully enjoyable, but chilling sensation.