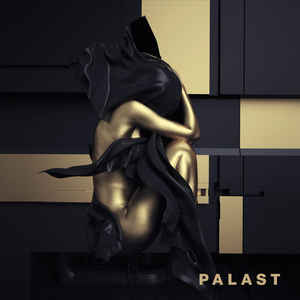 Background/Info: Palast is a German formation I remember from the last year released sampler “Electrostorm Vol.7” (Out Of Line) on, which they were the opening band with the song “Just Friends”. The band now signed to NoCut/SPV unleashing their debut release featuring 5 tracks.

Content: Palast clearly deals with pop music, which has been composed with electronics and guitar The guitar parts inject a somewhat evasive and especially psychedelic touch to the work. “Hush” is a mix between different influences, which can be summarized as ‘electro-rock’ while there are some 80s influences emerging at the surface of a few cuts.

+ + + : “Palast” clearly doesn’t sound like a new ‘pop’ copy although they don’t really bring anything new. I especially like the guitar for its psychedelic flavor, which makes the originality of the album. One of the main strengths is their singer, which is a talented vocalist revealing all his skills on “Crucify” and “Just Friends”. I like an EP featuring 5 different songs, which reminds me of the good-old 80s.

– – – : “Hush” is the title- and final song of this production, but it’s not exactly my favorite cut. It sounds like the hardest piece of the work, but globally speaking I’m missing a real title song on this EP.

Conclusion: “Hush” is an easy listening work revealing a band with an original output, but which is missing a hit to get into the spotlight. Let’s wait for more work –and maybe an album, to get a better idea about their potential.