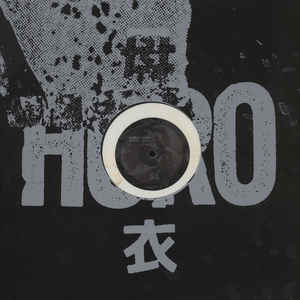 Background/Info: Maiko Okimoto is a Japanese female artist who has already been active for a couple of years now. After having worked with other artists she started producing her own work and got in touch with the Berlin based Horo label. “Ourea 1” is the official debut work of Maiko Okimoto and got released a few months ago now.

Content: This is a pretty complex, but intelligent music format, which takes off with psychedelic sounds and noises till a beat is progressively joining in. The work progressively starts to move into an experimental techno approach featuring harder, industrial sounds. The work is accomplished with tribal elements and heavier, bombastic blasts.

+ + + : The least I can say is that Ourea definitely sounds like an innovative and visionary artist. The sound sculptures are absolutely remarkable while the global production and mixing is ultra professional. I also like the progression in the 4 cuts, finally reaching a real great apotheosis on both final cuts.

– – – : The sound Ourea deals with is not the most common one and that’s probably why she got signed on Horo. Berlin remains the absolute epicenter of innovation when it comes to techno music. It however is the question which audience Ourea will reach as the music is not the most accessible one.

Conclusion: Ourea sounds like an electronic hybrid covering different influences and that’s maybe why it sounds a bit like ‘alien techno’.

Since you’re here … … we have a small favour to ask. More people are reading Side-Line Magazine than ever but advertising revenues across the media are falling fast. And unlike many news organisations, we haven’t put up a paywall – we want to keep our journalism as open as we can. So you can see why we need to ask for your help. Side-Line’s independent journalism takes a lot of time, money and hard work to produce. But we do it because we want to push the artists we like and who are equally fighting to survive. If everyone who reads our reporting, who likes it, helps fund it, our future would be much more secure. For as little as 5 US$, you can support Side-Line Magazine – and it only takes a minute. Thank you. The donations are safely powered by Paypal.
Tags: Berlin, Ourea