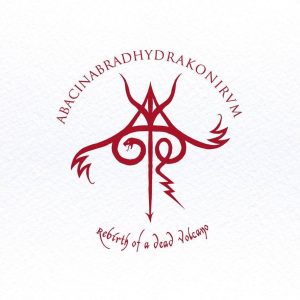 Background/Info: Orchestra Esteh is an Italian solo-project driven by Vincenzo Notaro. The project is already active for more or less 10 years and was originally meant ‘as a musical extension of some research in connection between art, dream and magic’. This new opus has been released as a CD release strictly limited to 121 hand-numbered copies. The album is about ‘an alchemical process from death to rebirth of a Volcano’.

Content: The content of the work has been transposed into one single, long during track. You however can hear very different parts running through this composition. It takes off with an apocalyptic-like soundtrack moving into cold and somewhat abstract ambient parts.

The composition has been accomplished by numerous authentic and somewhat ritual like instruments injecting a dark, but original soul to the work.

+ + + : This is a fascinating release, which is featuring a great authentic format because of the numerous acoustic instruments. I like the apocalyptic beginning diving the listener into an instant stupor empowered by electronic noises. The cold-ambient passages are progressively evolving towards parts with background drones and cool, echoing sounds. You get this visual appeal where you get the impression moving through obscure, isolated corridors where you can feel an invisible danger.  I also have to say a word about the great and ritual-like artwork of this production.

– – – : I’m not into the long passage after 20 minutes, which sounds a bit too monotonous. This is the kind of production you need to hear a few times before you get really impacted by the particular sphere.

Conclusion: Orchestra Esteh brings the listener to visit his darkest and most hidden thoughts and secrets, which can be simply activated by the power of music.