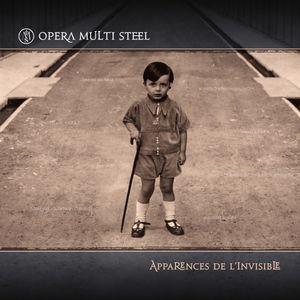 Content: Opera Multi Steel is one of the veterans in history of French new-wave and gothic music. The band hs been active since the early 80s having gained an international recognition. Most of their work was self-released (Orcadia Machina) while later work got released by labels like Triton and Wave Records. They joined the French label Meidosem Records to unleash this vinyl, which was already released some months ago now.

The style and influences of the band remained pretty intact to what they’ve done during their early period. Opera Multi Steel clearly deals with a ‘retro’ style reminding me of the 80s spirit although they’ve never been a ‘typical’ band in the new-wave genre.

The songs appear to be a delicate sonic caress, which mainly comes through on “A L’Extrême Veille D’Un Novembre Imminent”. The song also confirms the choice to sing in their Mother tongue, being another important element of Opera Multi Steel. This vinyl features a total amount of 8 songs, which is another wink to the good-old 80s and the vinyl format.

Conclusion: “Apparences De L’Invisible” is an album without real surprises, but totally is fitting to the genre of this legendary band. It’s not my favorite work, which is maybe due to the total absence of innovation and the lack of potential hits.