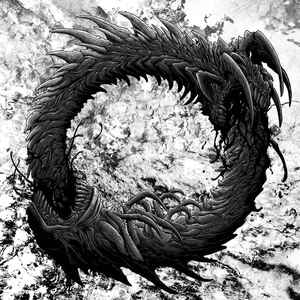 Background/Info: First there was Oompalunatiks, which in 2013 got renamed into Ooluu. The band consists of  Davindra, Asa, and Wychdoktor. They’re hailing from Ottawa and have this year released their 2nd album featuring 9 songs.

Content: Ooluu defines their music as ‘voodoo-metal’. The sound clearly reveals a solid industrial-metal element, which is logically driven by furious guitar outbursts. A similar furious touch can be heard in the vocals. But Ooluu is much more than this and supports their songs with tormented atmospheres. It together with impressive guitar playing creates a spooky element, which might be the explanation for the ‘voodoo-metal’ label.

Next to this solid basis, the work also reveals rock/new-wave elements and a few cuts, which are more into electronics. The 2nd part of the album is more electro-driven, the vocals becoming less enraged. The final cuts  get us back into the darkest and more aggressive fields of “Ophus”.

+ + + : There’s a great power boost emerging from this work, which is characterized by noisy-industrial-like guitar parts and possessed vocal parts. I also like the dark and somewhat disturbing atmosphere hanging over the songs. A few more electro-driven cuts inject some diversity, but still reveal another fascinating side of Ooluu.

– – – : I regret the rather short duration time of a few cuts. “Ophus” features a quite specific sound, which is not exactly the most common- and accessible one.

Conclusion: Speaking for myself I enjoyed the ‘industrial’ approach of Ooluu; I’m definitely under the influence of their ‘voodoo-metal’ sound rite.

Since you’re here … … we have a small favour to ask. More people are reading Side-Line Magazine than ever but advertising revenues across the media are falling fast. And unlike many news organisations, we haven’t put up a paywall – we want to keep our journalism as open as we can. So you can see why we need to ask for your help. Side-Line’s independent journalism takes a lot of time, money and hard work to produce. But we do it because we want to push the artists we like and who are equally fighting to survive. If everyone who reads our reporting, who likes it, helps fund it, our future would be much more secure. For as little as 5 US$, you can support Side-Line Magazine – and it only takes a minute. Thank you. The donations are safely powered by Paypal.
Tags: Ooluu