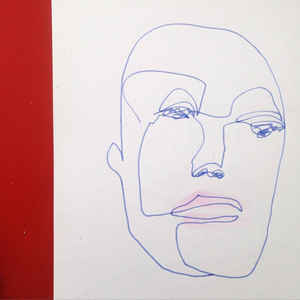 Background/Info: One for Jude is a French band set up right before the new millennium. They have released 5 albums and a few EPs thus far.

Content: The newest EP is quite different compared to their last album “Landscape” (2013), which was more inspired by experimental music. “Anne Liese” features a sweet new-wave sensation supported by a strong taste of melancholia. The deep resonating bass lines and typical new-wave guitar riffs bring us back to the magic of the 80s. The singer’s timbre of voice sometimes sounds pretty androgen-like, which is another element reminding me of 80s productions as well. One For Jude clearly likes to sing in their Mother tongue.

The main source of inspiration appears to be a real noticeable dark and especially melancholic aspect hanging over the songs. The tempo is real slow, which makes it all a bit ballad-rock like. “Cité Des Papes” is a beautiful song in the genre.

+ + + : The androgen-like vocals and poignant melancholia both are the main strengths of this EP. I also like an EP featuring 4 different songs without any single remix on it. This is the good-old receipt, which was quite typical during the 80s.

– – – : “Anne Liese” doesn’t reveal a potential hit. The songs are well-crafted, but I’m missing an apotheosis.

Conclusion: “Anne Liese” is the kind of easy listening and enjoyable recording, but not the one you’ll keep in mind.

Tags: One For Jude