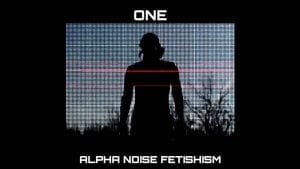 Background/Info: One (or also called One Human Factor) is a French project that was set up in 1996. It seems that an early demo got released followed by a few concerts, but this year seems to have been the next ‘major’ thing in this project’s history.

Content: “Alpha Noise Fetishism” features 6 tracks. This mini-album takes off with minimal-electro sounds, which rapidly move into a heavy noise wall. The tracks are quite rhythmic-noise like although accomplished with some bleeps. The main characteristic however seems to be the improvisation format of the production.

+ + + : One has something unique as long as you consider this work rhythmic-noise. I here especially refer to “Blue Sky Latex”, which ends in a total noise apotheosis, but which also features some vintage bleeps reminding me of Kraftwerk. I should say that One makes an extreme music genre more accessible.

– – – : The approach is definitely more creative than numerous other projects involved with this kind of music although the tracks are a bit similar.