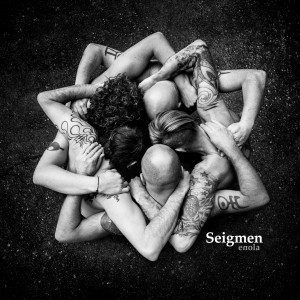 18 years(!) after their last album release, the Norwegian goth rockers in Seigmen returned this spring with a new album called ‘Enola’ and a release tour in Oslo, Bergen and Trondheim.  And the fans really were rewarded after the long wait, because this was Seigmen music as they know and love it; familiar and with Norwegian lyrics, yet also more mature and in many ways a better version of the band, and still playing amazing live shows. This highly anticipated return was promptly confirmed when the album went straight to #1 in Norway the first week!

The celebration of the band started a few weeks before the album release with launching a photo biographical book with pictures by Bjørn Opsahl, biography penned by Arvid Skancke-Knutsen and early days anecdotes by their longtime friend Harald Rosenløw Eeg. Coinciding with the book they become the main attraction at Popsenteret music museum in Oslo, curated by Seigmens long time friend and collaborator Paal Ritter Schjerven. Fans with concert tickets get 50% of the admission price, and there’s also a Instagram photo competition where you can win the book, signed prints etc – check @popsenteret!
Make sure you’ll see the exhibition before it ends June 30th!

Leading up to the album release and concerts, a listening party of the album was held at Union Scene in Drammen, hosted by biographer Arvid Skancke-Knutsen, who was joined by Alex Møklebust, representing Seigmen. It became a great evening, playing two and two tracks in a row on a high-end hi-fi set, talking about the songs and other related topics in between, and ending the session with questions (and loads of praise!) from the audience. 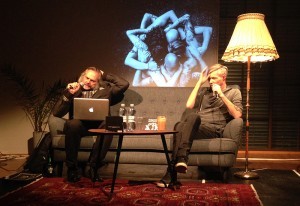 The concert series got off to a rocky start as they was forced to cancel the first gig in Drammen due to sudden illness, but the rest really met the expectations of the fans. Starting the first Oslo concert with a real Spinal Tap moment as the stage curtain didn’t go down after the first song didn’t make a dent in the overall impression, just loosened the tension of all in the arena and setting the mood for good audience communication and a great concert.

After this first month after their reboot I sat down and had a talk with Alex Møklebust about the experiences so far. Instead of repeating what  others already had written, I had an idea about simply asking about what’s been the worst, best, difficult and easiest in this process with the book, exhibition and album release. The answer was simple, yet very complementary.

Alex: Nothing was really hard or difficult at all, not even keeping it secret. The closest to difficult we experienced and what we spent most time discussing was deciding whether to release an album or not.

We had played three new songs live in 2012, and later when Kim and I went into the studio to make a commercial for Tine Kulturmelk we also layed down the major tracks of these new songs so we didn’t forget them. When we later talked about releasing more music, we wanted to make enough songs for an whole album before we made it public, honouring the old Norwegian mountaineering rule (“fjellvettregel”), saying “ingen skam å snu i tide” (rather untranslatable – meaning “no shame in turning back when you still got the time to do it”).

Around the time of the Støperiet gigs in November last year Bjørn Opsahl got wind of Seigmen resurrecting again, and suggested making a book about us. He made his debut as a photographer shooting Seigmen pictures, so it felt natural that his book debut should be about Seigmen too.

Bjørn wanted to make it more than a photobook, asked for suggestion for co-writers, and we suggested two people: Harald Rosenløw Eeg, childhood friend of Kim and longtime friend of the band, and Arvid Skancke-Knutsen, one of the first music journalists that wrote about Seigmen.

The whole process have been very well planned, but a big part have also been waiting for the time when it felt right and when we could feel comfortable doing it. And we wanted the group feeling to be back in full, so we went out of our known enviroments, challenging ourselves to do the songwriting stuck in a container instead of the safe locations of Haugarock (rehearsal rooms and a small concert venue in Tønsberg).

Because of the variuous family situations, combined with comfort and familarity with the studio and producer, we chose Athletic Sound in Halden for the recording process. We’ve been there for the first album in the 90’s, knew the produced Kai Andersen very well, and it was in perfect distance to be able to concentrate, but still just hours away in case of family urgencies. We really got back the feeling of having fun by doing it this way, planning away other distractions in advance.

The Popsenteret exhibition followed as a natural consequence of the book and album plans, and made us realize yet again what dedicated fans we got when they nicked a lot of the exhibion posters in Oslo. But it was within reasonable limits…

SL: What do you think about the reactions and feedback so far?

Alex: Overall  it’s been very good. First the book was very well received, and kudos to Cappelen for spending a lot of money making a quality book.
The album got just about the reviews we expected, the Yatzy full straight, just as in the 90’s. As an artist we feel it’s better to get various reviews and eyes on the dice, showing we touched some emotions either ways, than to get plenty of 3’s and 4’s.

We stated before the release that we wanted to sound like Seigmen, and then being critized for forfulling that ambition becomes a bit weird.

We’re still overwhelmed about the reception of the album, 18 years after the previous release, and find it a bit funny it’s still the same newspapers and music magazines giving us the same criticism and praise as they did in the 90’s.

It’s good to see the good results of the things we can’t control; the sales leading straight to the top of the Norwegian album chart, the sold out release concerts, and lot’s of bookings to the summer festivals. We had to turn down several, concentrating on Norway this time around.

SL: Having so many foreign fans isn’t what one would expect from a band with mostly Norwegian lyrics. I guess many, especially Germans, discovered Zeromancer first, then Seigmen, but I’ve also heard some first heard Seigmen?

Alex: That’s correct. We’ve got a lot of German fans, and a bunch from Ukraine, and some of them origins from the tours we did abroad as Seigmen in the late 90’s. The foreign and Norwegian fans have some good traits in common; dedication and patience. Some of the feedback I got at the listening session in Drammen really gave me a reassurance and a good feeling about the album release.

Alex: Yes, there’s some outtakes and more that didn’t fit on the album, that we did other versions of afterwards, and it may be released later in a different format.

We’ll be looking forward to that! 🙂

Be sure to see them during the summer at these festival and concert arenas. 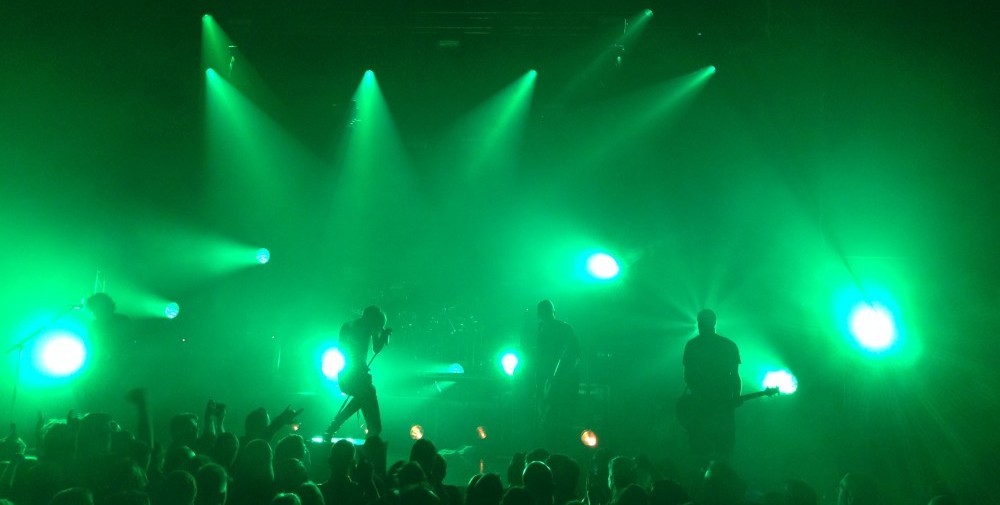