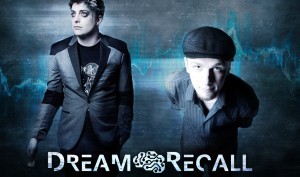 In 2014 Alfa Matrix introduced you to Avarice In Audio, a project headed by Gerry Hawkins; now Hawkins joins up with songwriter Chris Anderson (Echo Grid) for the Dream Recall project which sounds more minimal. The first output from this band can be found on the “In control” download EP which is available now from Bandcamp.

Dream Recall’s first song was released through Alfa Matrix’s “Endzeit Bunkertracks [act 7] ” compilation, and on that strength alone was chosen to be released as a single. The 5-track EP features the title track plus reworks by Ruiner, Studio-X and E.S.A: Electronic Substance Abuse plus a club rework of the song “I Wish”.

A full length album, called “Waves”, is in the making, but for now, check out the EP below.