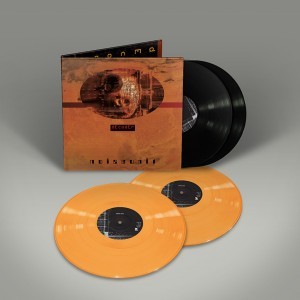 ArtOfFact will release the 2LP vinyl reissue of Noise Unit’s “Decoder”, the project’s 4th album, originally released in 1995 via Dossier and Cleopatra. The line-up for the “Decoder” album consisted of Bill Leeb and Rhys Fulber. The re-release will include 2 unreleased bonus tracks (“Falling” and “Lifetime”) and will be available in 2 versions, a black double vinyl and an orange one (only version in the EU).

You can order this vinyl right now from ArtOfFact (for EU orders) or from Storming The Base (non-EU orders) where you can buy both version in one go too. Shipping is expected in February 2016. And while you at it, both stores have other Noise Unit vinyls on offer too!

Noise Unit is a Canadian industrial band, founded by Bill Leeb of Front Line Assembly as a side project. Over the years the band has seen several changes in line-up, with Bill Leeb being the only permanent member. The first album, “Grinding into Emptiness”, arose from the collaboration between Leeb and Marc Verhaeghen of Belgian industrial band Klinik. It was released in 1989 through Wax Trax! and Antler-Subway. The 1990 follow-up, “Response Frequency”, was the last release to feature Verhaeghen until 1996 and included Rhys Fulber who would remain with the band for the next three albums. Verhaeghen resumed his collaboration with Noise Unit for the 1996 album “Drill” which also featured members of German industrial band Haujobb.