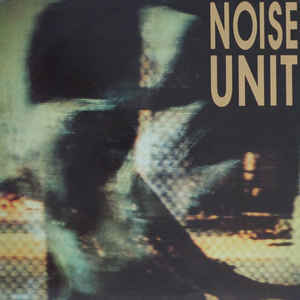 Background/Info: Noise Unit was set up in the late 80s by two ‘giants’ of the early EBM/dark-electro scene. Bill Leeb (Frontline Assembly) and Marc Verhaeghen (The Klinik) joined hands composing 2 full lengths together. “Grinding Into Emptiness” and “Response Frequency” both entered into the collective memory of the late 80s. They also released 2 maxi’s. “Deceit / Struktur” released in 1989 on Antler-Subway was the first one. Both songs were also the first cuts from the CD-format of their debut album –but didn’t originally appear on the vinyl format of the album.

Content: Great music and great memories! That’s for sure what I felt when getting back to this typical late 80s sound. The music is closer to early FLA instead of The Klinik. The bass line running throughout “Struktur” even reminds me of Die Krupps.

Both songs are definitely driven by the typical late 80s spirit of EBM. I like some drum passages adding some extra elaboration to the work. A last essential aspect of this band remains the vocals by Bill Leeb, which were a bit spooky and cavernous.

+ + + : Noise Unit never gained the fame and popularity of FLA and The Klinik although it remains a genius band driven by 2 masters and visionary artists. Both songs sound pretty old-school like, but there’s still some magic emerging. I like the typical EBM format and the great drum arrangements.

– – – : There’s nothing really negative to say about this release, but you better avoid it if you’re tired of early EBM.

Conclusion: “Deceit / Struktur” was a perfect appetizer or little bonus to the album “Grinding Into Emptiness”. Noise Unit belongs to the history of ‘body-music’ and I’m sure I’m not the only one missing this legendary- and original duo today.

Since you’re here … … we have a small favour to ask. More people are reading Side-Line Magazine than ever but advertising revenues across the media are falling fast. And unlike many news organisations, we haven’t put up a paywall – we want to keep our journalism as open as we can. So you can see why we need to ask for your help. Side-Line’s independent journalism takes a lot of time, money and hard work to produce. But we do it because we want to push the artists we like and who are equally fighting to survive. If everyone who reads our reporting, who likes it, helps fund it, our future would be much more secure. For as little as 5 US$, you can support Side-Line Magazine – and it only takes a minute. Thank you. The donations are safely powered by Paypal.
Tags: Artoffact, EBM, fla, Klinik, Noise Unit