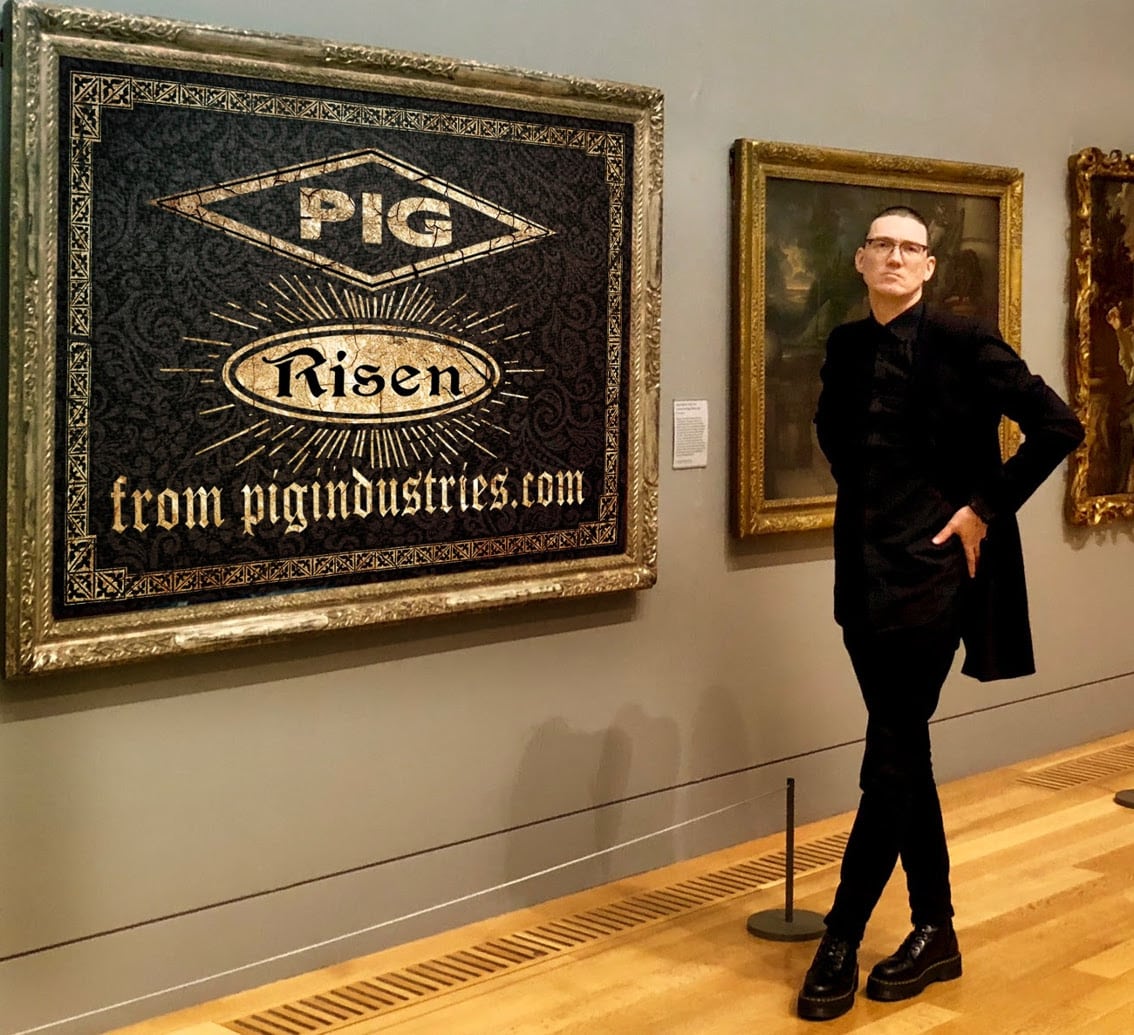 Out now is a brand new PIG video for the track “The Revelation”. The video follows a recent promo clip for “The Chosen Few” and is once again directed by E Gabriel Edvy at Blackswitch Labs.

Both songs are included on “Risen”, the new album by PIG. The new album is available here and counts 14 tracks including 5 remixes. More info on the new album can be found here.

In other news, a brand new single by the band will be released later in the summer. Further details to follow. PIG will be on tour in the US throughout September, including a dozen dates with Killing Joke. UK shows will be announced in due course.

But first the new video:

Since you’re here … … we have a small favour to ask. More people are reading Side-Line Magazine than ever but advertising revenues across the media are falling fast. And unlike many news organisations, we haven’t put up a paywall – we want to keep our journalism as open as we can. So you can see why we need to ask for your help. Side-Line’s independent journalism takes a lot of time, money and hard work to produce. But we do it because we want to push the artists we like and who are equally fighting to survive. If everyone who reads our reporting, who likes it, helps fund it, our future would be much more secure. For as little as 5 US$, you can support Side-Line Magazine – and it only takes a minute. Thank you. The donations are safely powered by Paypal.
Tags: PIG, Raymond Watts