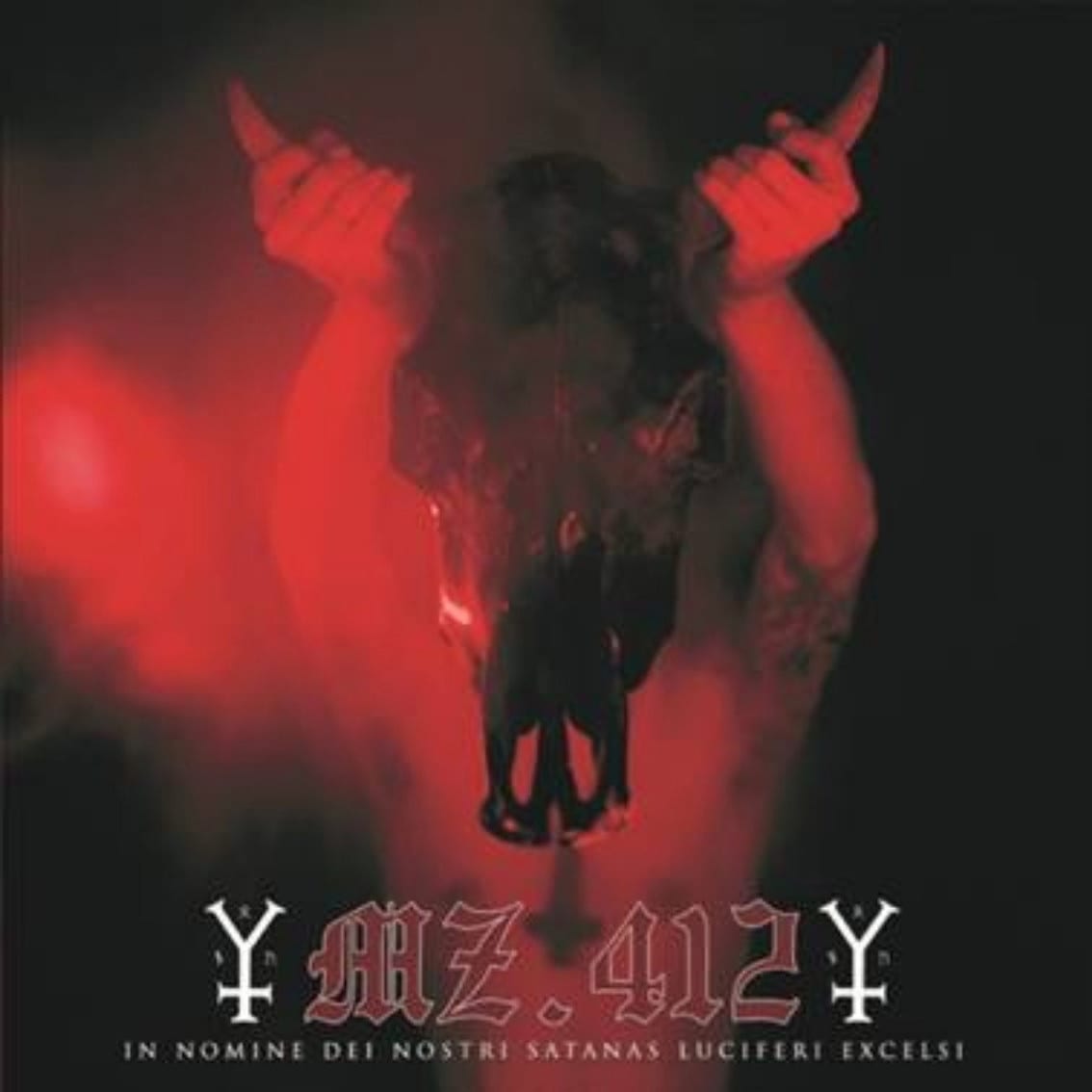 “In Nomine Dei Nostri Satanas Luciferi Excelsi”, the 1995 album by MZ.412, will see a re-release in a deluxe double-vinyl format. Originally released in 1995 by Cold Meat Industry on CD format only, this is the first time the album will be available on vinyl.

It was this album where this Swedish collective shifted their aesthetic toward what would eventually shape the “black industrial” subgenre. You an pre-order this re-release on vinyl right now.

Since you’re here … … we have a small favour to ask. More people are reading Side-Line Magazine than ever but advertising revenues across the media are falling fast. And unlike many news organisations, we haven’t put up a paywall – we want to keep our journalism as open as we can. So you can see why we need to ask for your help. Side-Line’s independent journalism takes a lot of time, money and hard work to produce. But we do it because we want to push the artists we like and who are equally fighting to survive. If everyone who reads our reporting, who likes it, helps fund it, our future would be much more secure. For as little as 5 US$, you can support Side-Line Magazine – and it only takes a minute. Thank you. The donations are safely powered by Paypal.
Tags: "In Nomine Dei Nostri Satanas Luciferi Excelsi", MZ. 412, Nordvargr, Pouppée Fabrikk, the 1995 album by MZ.412