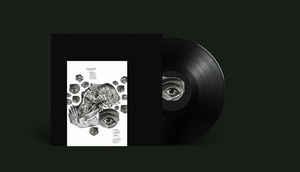 Background/Info: Motionen is a project hailing from Los Angeles (USA). “Imago” is the first release from this band, which has been released by the new label Ascetic Limited.

Content: The title song is a sophisticated piece of dance-ambient electro music. The repetitive sequences create a transcendental sensation. The 2 tracks left move into elaborated music fields, which are moving in between different genres, but now accentuated by tribal influences and acid sequences.

+ + + : “Imago” is an interesting debut featuring 3 tracks, which are worthy of examination. The sound treatments are intelligent and elaborated while covering an impressive sonic canvas. Motionen is a kind of sound guru, which accomplished his tracks with dark, torturing atmospheres, but also with acid like bleeps and other technoid arrangements. The title song is a cool piece, but “Dialogue” definitely is my favorite one for the dark merge between multiple influences. There’s a mature sound production behind this 12”.

– – – : The complexity of the work and especially the sound, which is not that easy to grasp will make this production maybe not that accessible for a wider audience, but for restricted selection of fine tasters.

Conclusion: Motionen is one of those atypical projects which are inspired by numerous music genres. “Imago” is a promising debut!