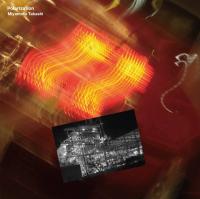 Background/Info: Japanese artist and producer Miyamoto Takashi is already involved with music since the 80s. He experimented with different styles and projects. “Polarization” is the fifth album in the “Neo Electroacoustic Ambient Series”.

+ + + : “Polarization” makes me think of a sonic puzzle made of multiple little pieces, which all reveal a different influence. The music is made of numerous manipulations and experimentalism creating a kind of free-style. This artist clearly deals with an impressive number of influences. The danceable electro-industrial “Beat Gift (For Elders)” even sounds as a track for the dancefloors. I also enjoyed some ports for the visual side of the work.

– – – : I have no real problem with diversity, but this album sometimes makes me think of a sampler instead of the work from one artist.

Conclusion: Miyamoto Takashi is next to a sound scientist also a real sonic chameleon dealing with an impressive palette of influences.

Since you’re here … … we have a small favour to ask. More people are reading Side-Line Magazine than ever but advertising revenues across the media are falling fast. And unlike many news organisations, we haven’t put up a paywall – we want to keep our journalism as open as we can. So you can see why we need to ask for your help. Side-Line’s independent journalism takes a lot of time, money and hard work to produce. But we do it because we want to push the artists we like and who are equally fighting to survive. If everyone who reads our reporting, who likes it, helps fund it, our future would be much more secure. For as little as 5 US$, you can support Side-Line Magazine – and it only takes a minute. Thank you. The donations are safely powered by Paypal.
Tags: Miyamoto Takashi