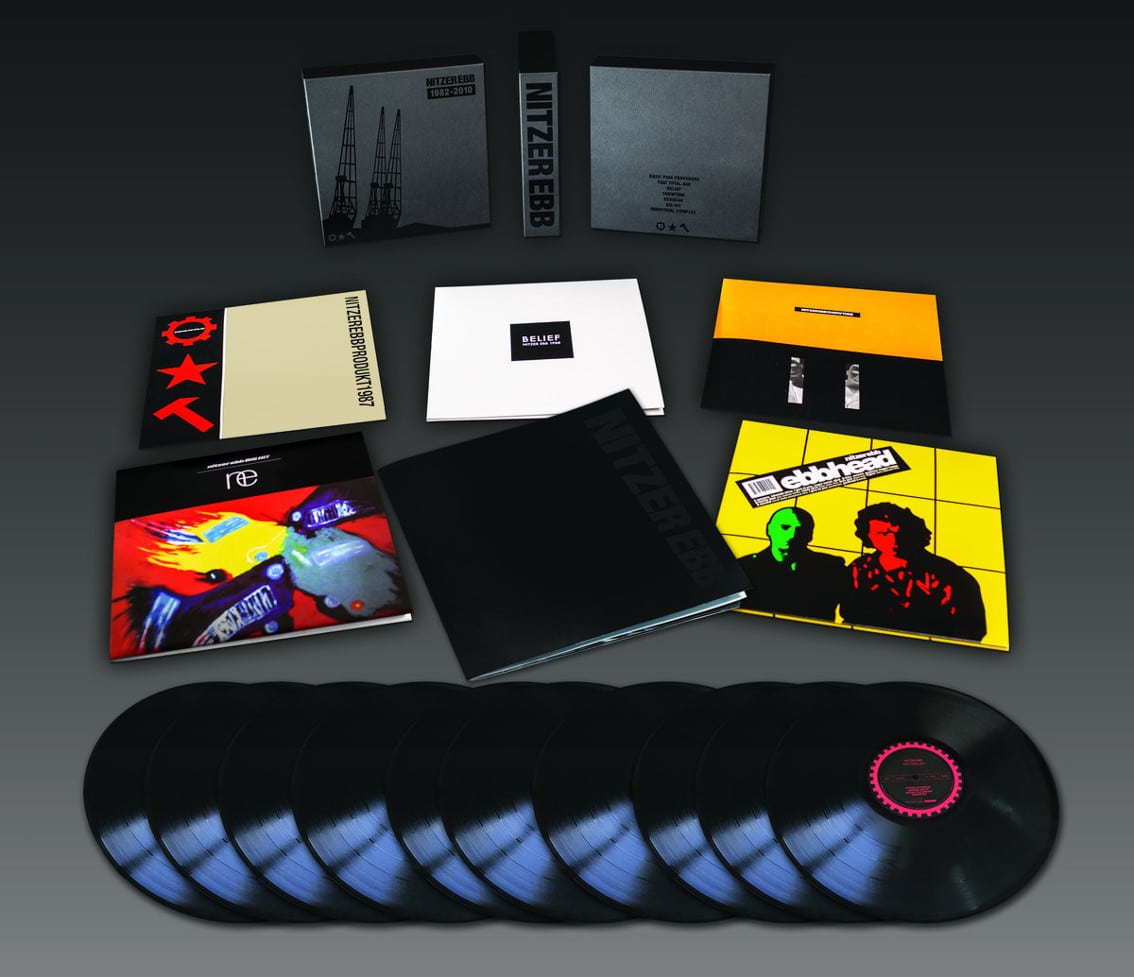 Out later in October, but already available for pre-ordering right here, is the massive Nitzer Ebb vinyl boxset “1982-2010” holding 10 LPs. It’s the first time that all five of the band’s albums for Geffen/Mute have been collected in one complete box set.

Note that the box also includes space to insert the band’s first self released album from 1983 and their last release from 2010 as these titles have been in print in recent years. Which is frankly speaking a bit odd if you serve a career spanning boxset.

The complete boxset is available now for ordering right here.

Since you’re here … … we have a small favour to ask. More people are reading Side-Line Magazine than ever but advertising revenues across the media are falling fast. And unlike many news organisations, we haven’t put up a paywall – we want to keep our journalism as open as we can. So you can see why we need to ask for your help. Side-Line’s independent journalism takes a lot of time, money and hard work to produce. But we do it because we want to push the artists we like and who are equally fighting to survive. If everyone who reads our reporting, who likes it, helps fund it, our future would be much more secure. For as little as 5 US$, you can support Side-Line Magazine – and it only takes a minute. Thank you. The donations are safely powered by Paypal.
Tags: Alan Wilder, Bon Harris, Chant, Douglas McCarthy, Godhead, Mute Records, Nitzer Ebb