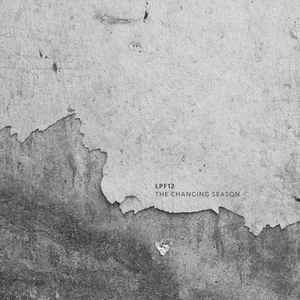 Background/Info: LPF12 is the solo-project of Sascha Lemon. After an early active period during the 90s the German project got back on track in 2009 after a hiatus of more than 10 years. The sound considerably evolved from early electro-industrial experiments towards a more refined IDM approach. LPF12 became a quite prolific artist. This new album is the final chapter of the “Circular Collapse”-trilogy. The other albums of this trilogy were self-released.

Content: It remains fascinating to see how Sascha Lemon is involved in writing and global production. He became an experienced and creative musician who likes to experiment with sounds and rhythms. From broken rhythms to sensual cadences his work has a real solid basis. The rhythms have been joined by evasive electro-ambient treatments. It sounds a bit dark, but there always is a kind of dreamy sphere hanging over the songs.

From soundscape inspired cuts towards more experimental sound passages this album has a lot to offer. It’s an album you also have to (re)discover by the use of headphones. It will give you the opportunity to discover great little bleeps and other astral noises running in the background. There also is a darker and more industrial element like some buzzing sound waves and even pure ambient parts.

+ + + : LPF12 has reached an interesting level of production, which stands for an original composition moving in between pure IDM and electro-ambient music with some industrial components. There’s a great progression running through the tracks, but also a fascinating diversity of influences. From noticeable IDM-cuts towards pure experimental tracks this album sounds like it is in constant motion symbolizing an artist in a constant progression.

– – – : The main problem with such an album remains the complexity, which is not accessible for a wider audience. LPF12 is not composing music for the masses, but only for a restricted number of electro tasters. That’s probably one of the main reasons this project is still in search of a wider recognition. From a pure artistic point of view I think the artwork could have been a bit more inspired.

Conclusion: If you like progressive electronic music and you would get the sensation of being somewhere in a distant sonic galaxy, LPF12 could become your captain to lead you safely towards a fascinating and pure fantasy trip.

Best songs: “Connecting The Dots (With You)”, “Meet Me Somewhere Else”, “Follow”, Things To Come”.