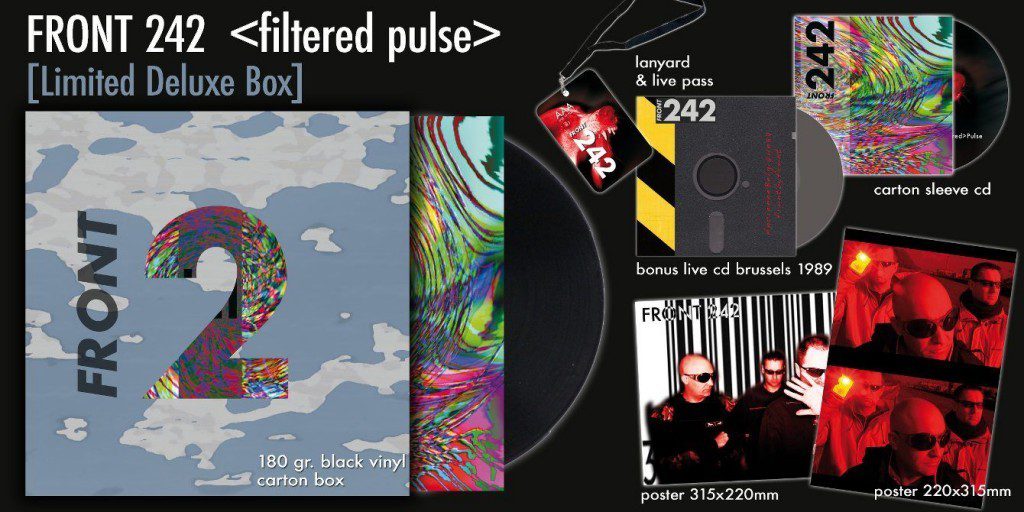 For the celebration of their 35th anniversary year of existence in 2016, Belgian electronic music pioneers Front 242 decided to re-release several of their albums together with Alfa Matrix, their partner in crime over the last 15 years now. Today Alfa Matrix has announced the remastered version of “Pulse” + “Still & Raw” in various formats.

This is the first of 3 albums from the band’s repertoire which is being be re-released by Alfa-Matrix. Following in the next weeks will be “Geography” (the band’s cult debut album) and “No Comment” + “Politics Of Pressure” (the band’s iconic second album).

Here are the formats: 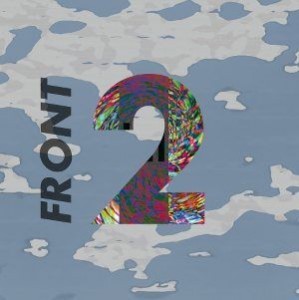 The deluxe collector box edition of “<Filtered> Pulse” (a judicious track-list selected by Daniel B. as a kind of DJ set) comes in a vinyl-sized carton box and features a military camouflage design with a spotted varnish printed FRONT 242 logo and a die-cut “2” across the upper cover (once assembled with the two other limited collector box sets released for the anniversary series, you get the “2-4-2” cut across the 3 box sets).

The “<Filtered> Pulse” anniversary collector box is strictly limited to 1242 copies (you can order it here) and includes the following items:

This double-CD has the “Still & Raw” Mini-Album as second disc and can be ordered right here.

A selection of the songs is also available on vinyl format under the title “<Filtered> Pulse” which is a judicious track-list order chosen by Daniel B. as a kind of DJ set.

A carton sleeve CD version of this album is also included in each Vinyl with exactly the same track-list as featured on the Vinyl.