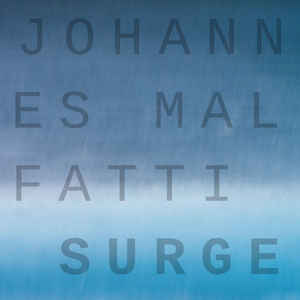 Background/Info: Johannes Malfatti is an artist who probably doesn’t really ring a bell. He however is an experienced artist who has been active in numerous projects and has released multiple productions. His involvement in Ensemble probably is the biggest credit. This project collaborated with some world-wide praised artists such as Björkk, Cat Power ao. “Surge” is the real solo-debut of Johannes Malfatti consisting of one single piece of music.

Content: “Surge” is a kind of soundscape, which evolves quite slowly to progressively reach a desolate and imaginary vision. The work has been accomplished with numerous noises and sound treatments, creating a somewhat abstract sensation.

You feel like being held in the grip of a dense sound wave, which is progressively getting heavier reaching its ultimate state after 57 minutes.

+ + + : “Surge” has a relaxing effect although it’s rather mysterious sound atmosphere will keep you awake. The visual strength is also visiting obscure places from your mind while producing some adrenaline. The concept is rather interesting as it ‘tries to evoke a sensation of experiencing a slower, deeper layer of time’. This idea has been masterly transposed into sound. There’s a cool variation that you’ll notice after 29 minutes.

– – – : I can’t imagine this kind of work without a visual accompaniment. It for sure has a visual strength, but after a while it starts to become a bit monotone, which takes the interest away.

Conclusion: “Surge” sounds a bit like an endless ocean without a storm. It’s rather dark, but remains prosper and progressively evolving till its ultimate point.