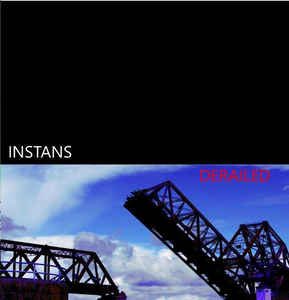 Background/Info: Fredrik Djurfeldt got some underground recognition as the instigator of the EBM project Severe Illusion while dark-ambient and industrial-lovers know him as the creative force behind Analfabetism. We sometimes forget the Swedish artist is also involved in Instans, which is another EBM-driven band. Instans doesn’t really release new stuff on regular basis, but is now back on track unleashing a completely new album plus an extra disc with some extra songs and mainly remixes.

Content: I know it’s easy to make comparisons when you know that a musician is involved in different bands. But there clearly is an easy recognizable link between Severe Illusion and Instans. Most of the arrangements, but especially the minimalism shared by both projects is quite recognizable. Severe Illusion is more into industrial-fields while Instans is maybe a tiny bit more melodic and into ‘pure’ EBM. The work sounds pretty retro-like and evoke multiple 90s formations.

The sound formula is based on solid bass lines, raw electronic treatments and minimal-like leads plus spooky vocals. The remixes on the 2nbd disc have been accomplished by No Sleep By The Machine, Alvar, Amnistia, Antibiosis, TC75 and Severe Illusion.

+ + + : I like this good-old dark-EBM approach, which is somewhat evoking the glorious 90s. I like the raw and unpolished production, which sounds a bit evil-like and in perfect harmony with the ghost-like vocals and atmosphere hanging over the tracks. Fredrik Djurfeldt is a real creative and talented sound engineer who creates alluring, minimal tunes. I like this minimalism, which often makes the difference with all those bands of today, which simply sound the same. The new songs on the 2nd disc are quite noticeable pieces.

– – – : The songs and sometimes sounding a bit too similar revealing an artist who’s maybe a bit abusing of his secret sound formula. The work features numerous cool songs, but not many potential hits. I expected much more out of the remixes.

Conclusion: Instans has released without a shadow of a doubt its best album to date. This is alluring retro-minded EBM with a raw and uncompromised sound.