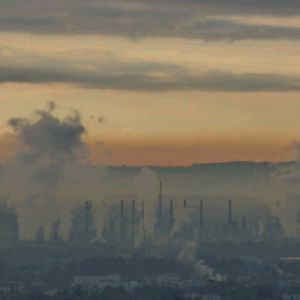 Background/Info: The French band In Aeternam Vale has been active since the early 80s and went through numerous line-up changes and different music styles. The early stuff was released on the good-olds cassette format revealing an experimental sound with some gothic elements on top. More than 30 years later the band is still alive and still driven by core member Laurent Prot. “Pink Flamingos” is their newest opus, which is also available on vinyl format.

Content: “Pink Flamingos” features 16 songs, which directly reveal a minimal electro-dance style. The tracks have been constructed by repetitive loops and cool, little bleeps. It’s minimal approach, but still pretty evasive and somewhat technoid as well. The experimental input of the band emerges at the surface on a few cuts and is accomplished by field recordings and numerous noise treatments.

The work moves on different influences, visiting ambient passages and total experimentalism, but remains always compact and minimal like. The only exception to the rule is the final song (cf. “La Pluie”) which is more reminding me of the earlier years of new-wave and led by French vocals.

+ + + : In Aeternam Vale is a band striking back with an interesting and renewed sound approach. The early fans will not exactly recognize the dance-minimalism and experimental-ambient compositions from this album. I like their composing and especially the more danceable loops featuring good-old analogue treatments and whispering, spooky vocal parts.

– – – : The work is pretty versatile although compact. Some of the soundscape experiments are not the most exciting parts of the album while the final song sounds like it is emerging from nowhere…or maybe from a somewhat forgotten past.

Conclusion: This album sounds like a proof that In Aeternam Vale moved on with new influences and with time. This is a pretty contemporary and personal composition.