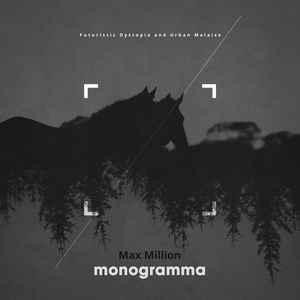 Background/Info: Max Million is a Greek producer, sound designer and label owner who released his debut album “Afterimages” in 2015. This artist is into music for several years and has now launched this new work featuring five new cuts. It’s more a kind of mini-album instead of a real full length album.

Content: Max Million invites the listeners to embark for an ambient voyage driven by a slow tempo. The music sometimes becomes a bit experimental, but mainly remains ambient-like accomplished by electronics and rather relaxing guitar passages plus a few more acoustic instruments. It feels pretty evasive although joined by some crashing noises. The songs have been meticulously built and revealing a cool progression. I also noticed a few sampling parts and an interesting choir passage on “An Afterthought”.

+ + + : The ambient style is quite interesting and that’s probably why Max Million has been introduced as composing ‘post-ambient’ music. I like the progression in some of the tracks. It all moves to a crescendo although I can’t say there’s a real apotheosis. The slow cadence makes it pretty accessible.

– – – : “Monogramma” is an easy listening work and sounds rather enjoyable although I’m missing a kind of climax.

Conclusion: The main strength of this work is the rather atypical ambient approach, like an ambient experiment!