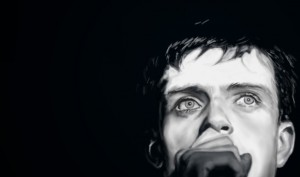 There are fans, and there are fans. A wealthy Joy Division fan has purchased the former home of Joy Division frontman Ian Curtis and will turned it into a museum dedicated to the late singer. The house, which was used as a location in the 2007 Anton Corbijn-directed film “Control”, changed owner after Hadar Goldman, 48, paid the asking price of £115,000, plus £75,000 in compensation and legal fees.

Earlier this year Joy Division fans campaigned to raise £115,000 for the two-bedroom property at 77 Barton Street, Macclesfield, but failed to reach their goal.

More news as more details about the museum will be revealed.

Ian Kevin Curtis (15 July 1956 – 18 May 1980) was an English musician and singer-songwriter. He is best known as the lead singer and lyricist of the post-punk band Joy Division.