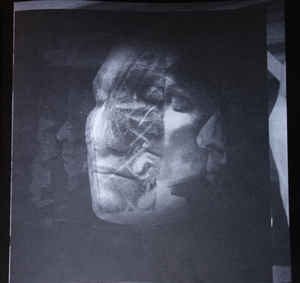 Background/Info: Set up in 2004 by Polish artist Grzegorz Siedlecki, Horologium became a respected and recognized project from the underground scene. Horologium has released an impressive discography, working with renowned labels such as Cynfeirdd, Divine Comedy, Old Europa Café, Ur Musik, Rage In Eden ao. For this newest opus Grzegorz Siedlecki joined hands together with the Slovakian label Sky Burial Productions. This album was released end of 2018 and in a way was a kind of come-back of Horologium after a space of a few years without new studio work. Notice by the way the album has been mixed by Henrik Nordvargr Björkk. The vinyl edition is strictly limited to 150 copies!

Content: I got the opportunity to discover Horologium during the early hours of the project’s activities and even if I haven’t heard all releases since then, the global sound approach and influences remain pretty similar. The tracks resulted from a dense fusion between different styles. The work takes off a more neo-folk/martial way with a National hymn, which progressively evolved into pure industrial sound treatments and samplings featuring President Bush Jr. Some passages of the album might remind –or at least appeal, to lovers of Laibach. From cinematographic parts to heavy, orchestral arrangements the work has a lot to offer and make discover.

+ + + : This album reminds me to some good-old industrial/experimental veterans. It reminds me to the early hours of industrial music, where artists were much more creative than today. And even if Horologium works a different way than those industrial pioneers, there’s a similar spirit hanging over the work. The tracks are elaborated and diversified.

– – – : The only single regret I can imagine about this work is a missing climax. The tracks are accomplished, but they also feel like missing an apotheosis.

Since you’re here … … we have a small favour to ask. More people are reading Side-Line Magazine than ever but advertising revenues across the media are falling fast. And unlike many news organisations, we haven’t put up a paywall – we want to keep our journalism as open as we can. So you can see why we need to ask for your help. Side-Line’s independent journalism takes a lot of time, money and hard work to produce. But we do it because we want to push the artists we like and who are equally fighting to survive. If everyone who reads our reporting, who likes it, helps fund it, our future would be much more secure. For as little as 5 US$, you can support Side-Line Magazine – and it only takes a minute. Thank you. The donations are safely powered by Paypal.
Tags: Eden, Horologium, Laibach, Nordvargr