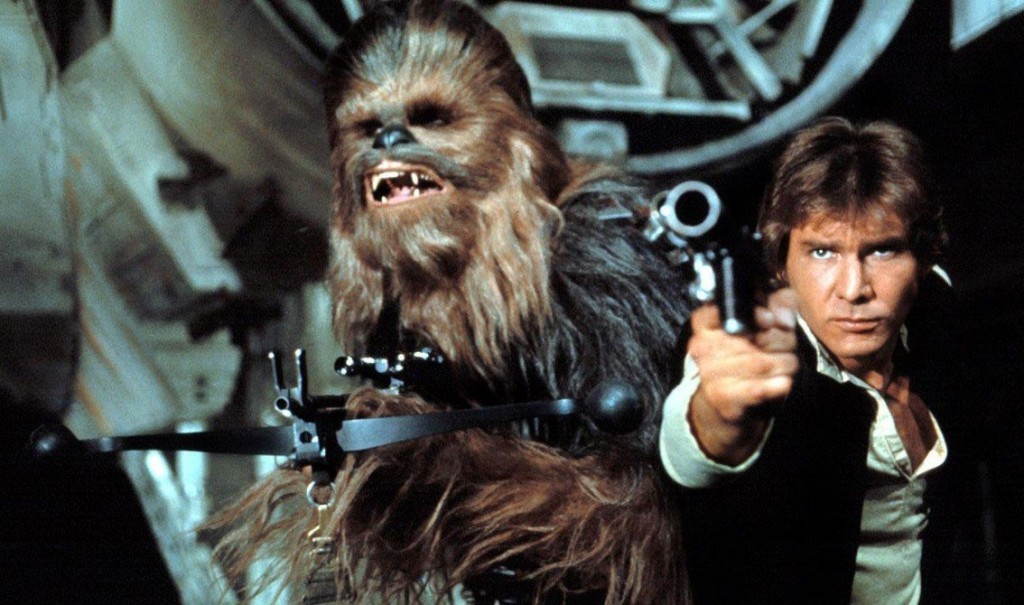 After the disappointing Star Wars movie “Star Wars: The Force Awakens”, there is finally also some light at the end of the crap tunnel that Star Wars has become (at least we hope): Han Solo and Chewy will get their own spin-off!

For those who wonder why we say ‘disappointing”, “Star Wars: The Force Awakens” featured a huge lot of very badly shot battle scenes on the ground (you can clearly see the fake stone props and the fact these scenes were shot indoors in most of the scenes), it also – again – had some pretty poor acting by most of the actors and overall was a very boring ordeal to go through. Fans of course will love it, since it’s the same formula over and over again.

Or to quote Andrew O’Hehir from Salon: “It was the work of a talented mimic or ventriloquist who can just about cover for the fact that he has nothing much to say”.

But enough about what was, let’s have a look at what will be. Lawrence Kasdan – writer of “The Force Awakens”, “The Empire Strikes Back” and “Return of the Jedi” as well as “Raiders of the Lost Ark” – will be joining both as writer and producer for a Han Solo + Chewy spin-off. Not that this makes us completely happy, so let’s hope the storyline will be far more interesting then the flat puree he came up with for the past Star Wars films. Cross your fingers! 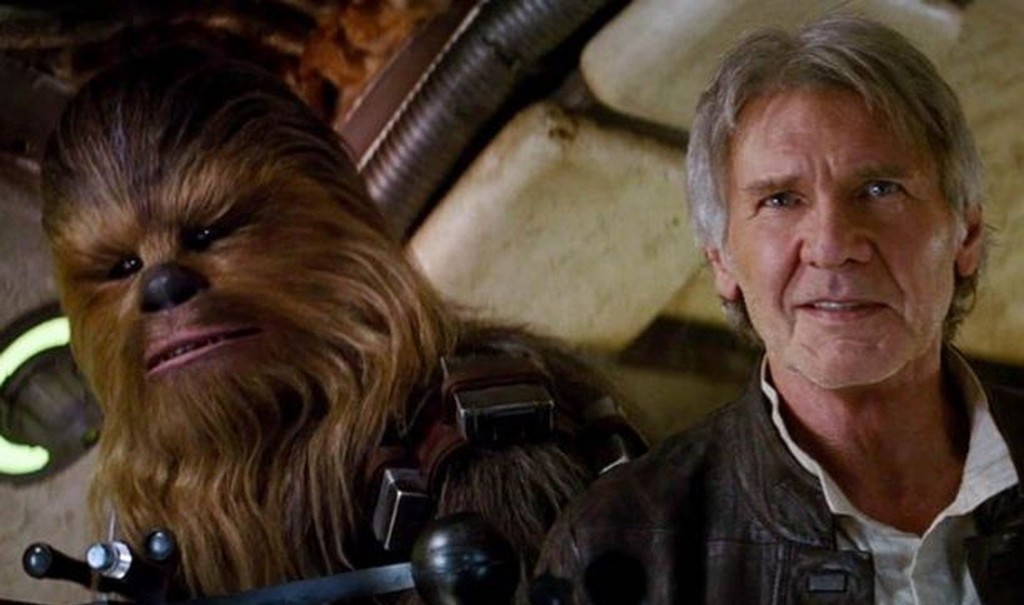 The film will tackle the early careers of Han Solo (don’t expect Harrison Ford though but the Canadian actor Anthony Ingruber playing the role of the young Han Solo) and Chewbacca. The film will be an origin story about Han Solo and Chewy. Word has it that Disney is planning to release Star Wars related movies indefinitely, so we’ll probably hear more about Han Solo and Chewy in the near future (and that may well be the best news in ages).

On a side note, Anthony Ingruber might indeed be the perfect fit to play the young Han Solo. You can see a 2008 video the actor uploaded on YouTube with him doing a Han Solo performance from Star Wars. It’s spot on!