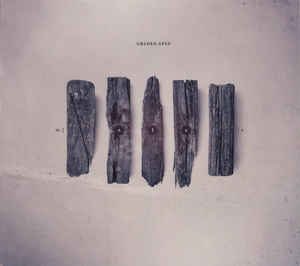 Background/Info: Set up in the late 90s Berlin based Golden Apes progressively got some recognition on the international goth-rock scene. They played at some famous festivals and have now released considerable number of albums. “Malvs” is their newest opus, which was released during late 2016.

Content: First of all I have to confess I didn’t get that wild for the previous Golden Apes albums. It was not that bad and even easy to listen to, but I missed something. That’s maybe what “Malvs” makes me realize. This new work is more like going back to the roots and the 80s influences. It remains somewhere in between good-old new- and cold-wave music with elements reminding me (mainly) of The Cure, but still holds on the dark-rock style the band has established over the years.

“Malvs” is a dark and moody piece of music and a powerful production. Notice by the way this album also features a surprising female guest singer. Arianna (The Frozen Autumn) contributed to one of the songs.

+ + + : “Malvs” has reconciled me with Golden Apes. This work is much more into the good-old new/cold-wave spirit and that’s definitely a nice move. The songs are carried by great guitar playing and sometimes a bit refined by a wave-pop touch reminding me of The Cure. The deep throated vocals perfectly match with this moody style. “Ignorance”, “Grinding Mills” and “Shadowplay” are real attention grabbers.

– – – : Like most album there’re just a few songs leaving me a bit indifferent. I’m referring to the ‘softer’ cuts, which are not exactly missing power, but a kind of highlight.

Conclusion: Golden Apes is back with what could be their best work ever! They’ve constructed a great sonic bridge between new-wave and dark-rock music.