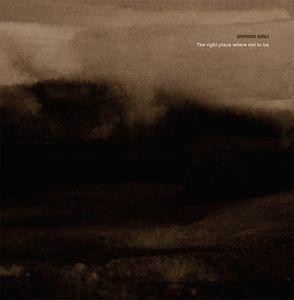 Content: Italian DJ and producer Giorgio Gigli has released an endless number of EP’s while he’s also the owner of Zooloft Records. But for his debut full length he joined Electric Deluxe, which is the label set up by the famous Speedy J.

The artists visualized an imaginary universe where all human and animal life-forms have perished and only plants and minerals have survived. The concept is interesting and made me instantly think to a transposition into ambient music. The work indeed reflects ambient sound waves, which have been accomplished by other influences moving from intelligent electronics (IDM) to industrial sounds to minimal technoid structures. From the very first notes this album reveals an impressive global production where different genres come together in a visionary and creative work.

Giorgio Gigli is not only mixing different genres, but he clearly reveals great skills in creating unique sound textures. The sound formula appears to be eclectic, but mainly based on a solid ambient style, which has been carried by minimal rhythms. The album features 8 songs, which all together create a compact entity resulting in a fascinating sound exploration.

From heavy blasting sounds to multiple noisy manipulations the composition of Giorgio Gigli revisits multiple influences, which are reaching a transcendental level empowered by a strong visual element. “Eve Of Destruction” is one of these tracks inviting your mind to imagine a weird story. The dark atmospheres only reinforce the visual impact of the work.

But the album is not only about ambient experimentation, but also reveals impressive sound treatments, which move into IDM fields and other minimal-technoid experiments. Just pay attention for some genius cuts like “Nocturne” and “Through Leaden Clouds”.

The work reaching its ultimate point on the genius and still ambient inspired “Shades Of Depth”. This cut is spiced up by tormenting noise treatments and a great linear and again minimalistic sequence.

Conclusion: Giorgio Gigli is one of those creative musicians who’s mixing multiple genres together. This way he opens a path for young artists to join creative music fields of cross-over electronics.