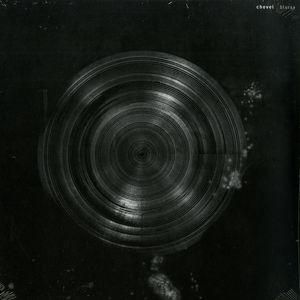 Content: Behind Chevel is hiding Mario Tronchin who got some fame as a producer, but also as owner of the labels Enklav and Monday Night Records. While most of his EP’s got released by Enklav he now moves back to Stroboscopic Artefacts (where he already released an EP) to unleash a new full length, which is available on vinyl format.

“Blurse” is an interesting experiment and I think that the definition of ‘experiment’ is at its place. I expected an artist dealing with a rather minimal format of techno music, but technoid ingredients are hard to find, but somewhere placed in the background. The real essence of the work moves into ambient sound creations, which have been constructed by low, resonating sounds, dark atmospheres and a kind of techno-minded experimentation. Low, vibrating tones and space-like sound signals are emerging from the composition creating a mysterious, astral sound dimension.

The least I can say is that Chevel sounds like no other band. Mario Tronchin seems to strive for innovation or at least avoiding established standards. He creates a weird, but efficient kind of lo/fi-industrial and electro-ambient composition, which might be considered as a visionary ambient work or pure techno-experimentalism. But when the composition is a little less elaborate he definitely appeals for lovers of IDM (cf. “Loop #33”).

Conclusion: “Blurse” is not the most accessible album and can’t be totally considered as belonging to an established genre, but on the other side it also is a fascinating piece of avant-garde music.