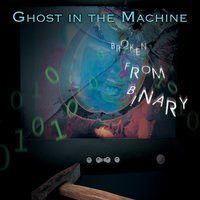 Background/Info: The duo Ghost In The Machine (GITM) has already been active for more than 20 years now. They’ve already released an impressive amount of productions, but the new album seems to be the first one since 2009.

Content: I got the opportunity to discover a few older songs of the band revealing kicking industrial sound evoking bands like Ministry, KMFDM ao. The new work is a little bit different and definitely more into industrial-rock music mixed with electronic treatments. The sound became more rock-minded and less industrial, which I think is a pity.

The guitar playing is the main element of the sound. It injects power, but also moody passages. A few parts move towards metal influences, but globally speaking it remains pretty ‘rock’-like. The songs have also been achieved by cool electronic sequences and effects. The vocal parts bring some enraged touch to the work, which totally fits with the production.

+ + + : The more explicit ‘industrial’ pieces definitely are the main strength of this work. I also like a few carrying choruses, which elevate the songs.

– – – : The album sounds maybe more ‘personal’ than previous releases, but I’m missing the harder industrial touch, which was referring to KMFDM ao. The album is missing a climax.

Conclusion: I can’t say that “Broken From Binary” is not a good-album, but it sounds rather common and doesn’t really bring anything new or exciting.

Best songs: What It Is”, “Perfection”.