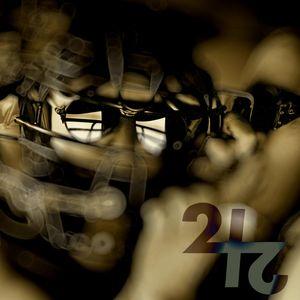 Content: Can anyone tell me the point to release a remastered version of the song “Lovely Day” (1984) and one remix “Take One”?
First good reason because it’s Front 242! I should say that’s not convincing enough! Second reason and probably the best one, because this single is meant as a teaser to the announced and totally remastered version of the album “No Comment”. And a last reason because Radical G stands for one of the most promising ‘new’ Belgian talents remixing the pioneer of Belgian EBM.

There’s not as much to say about “Lovely Day”, which belongs to the collective memory of EBM and one of the hits of their 2nd album “No Comment”. The song still has this initial magic of the 80s made of danceable vibes, cold sequences and commanding vocal lines. Only technical minds will hear the real difference between the ‘original’ version and the ‘remastered’ version.

“Take One” remains one of my personal favorite Front 242 songs so I was quite wondering how Radical G would transpose this song into the 21st Century and the more minimal-techno-body vibes of this band. I already heard great work and terrific remixes by Glenn Keteleer, but this remix left me more skeptical. It sounds pretty minimal, which sounds in the line of Radical G, but except the kind of deep resonating bass sound, this remix can’t really convince me.

Conclusion: This is a release for the die-hard fans of ‘242’ and a promotional single to announce the resurrection of “No Comment” in a remastered format 30 years after its original release.