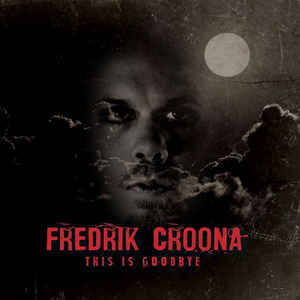 Background/Info: We all know Fredrik Croona from his involvement with Cynical Existence, Project Rotten and even Menschdefect, but the Swedish musician is also gaining more recognition for his solo-project. Fredrik Croona released his third full length album in 2017 and has invited several guest singers to achieve this work.

Content: The debut album of Fredrik Croona took me by surprise for its future-pop approach, which he confirmed on the next work. “This Is Goodbye” again is strongly inspired by the melodic side of future-pop music, but globally speaking the sound becomes darker and even a bit closer to dark-electronics.

It also is the most diversified work of the artist today and that’s maybe due to the guest artists. Worm Of The Earth, Ruined Conflict, Adoration Destroyed and Cold Therapy contributed each to one song on the album.

+ + + : “This Is Goodbye” sounds in the line of the previous albums and yet it’s somewhat different. So I would say that Fredrik Croona is not repeating himself and that’s a damned good thing. He has mixed the future-pop basis of his sound with darker elements while the different guest musicians/singers inject some extra diversity to the work. I’m thinking to Xavier Morales (Ruined Conflict) who with his timbre of voice reminding Ronan Harris gives another dimension to this work. The melodic side of the album remains however its main characteristic and strength. Fredrik Croona has created a more personal future-pop sound on this album.

– – – : Even if this artist still takes me by surprise singing in a rather clear and passionate way, you can hear on some of the songs he’s not a typical and experienced ‘pop’ singer, but in the end it’s not a typical ‘pop’ album… I however believe it’s one of the few elements of the album that could be improved.

Conclusion: “This Is Goodbye” is an entertaining work, which might appeal for lovers of the good-old future-pop movement and still darker electro-heads.

Best songs: “What Are You Waiting For”, “My Bleeding Heart”, “As I Open My Eyes feat. Ruined Conflict”.