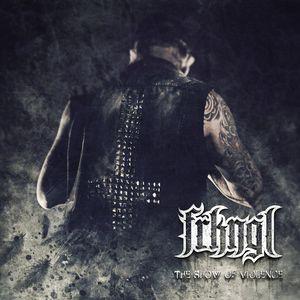 Content: Freakangel for sure is one of the hottest bands from the Alfa-Matrix roster. The Estonian band released 3 impressive and successful albums thus far. The popularity of the band brought them to perform in many countries all over Europe where they were invited to play the biggest festivals.

“The Show Of Violence” is a funny title as it’s a wink to one of their biggest hits (cf. “The Book Of Violence”) while it also clearly indicates what this album is all about. During their last live tour they recorded a show in their hometown Tallinn, which became “The Show Of Violence”. I think there’s no better definition than ‘violence’ to get an idea about Freakangel on stage. And if you really want to know how they really perform, the band got this original idea to put the entire show on Youtube. We already knew they had the ‘image’, but they clearly also are an experienced live band with a heavy sound that might appeal for lovers of dark-electronics and metal music as well.

Freakangel is a tormenting live experience of 45 minutes which will smack you right in the face. The songs have been uplifted by furious guitar parts and solid electronic manipulations while the enraged vocals by frontman Dmitry Darling sound like the work of a possessed evil spirit. This is an opportunity to get back to some of Freakangel’s biggest hits like the already mentioned “The Book Of Violence” and “Porcelain Doll”.

“Queen Of Hearts” is another attention grabber and one of the few songs taken from their last album. Freakangel indeed did a live show featuring a kind of ‘best of’. The furious and totally guitar driven “Parasite” takes us back to the album “Let It All End”. “A Product Of Hate” is another noticeable song from that album while “Used” serves as a solid opener. There indeed is no real introduction, but a direct kind of ‘bang’ to the essence of their work: power and sonic violence!

From their debut full length “The Faults Of Humanity” you’ll rediscover songs like “My Darling Bullet” and “The Last White Dance”.

Conclusion: Not many bands are able to mix dark-electronics and metal music together with such a high degree of harmony and not many bands can transpose the studio work with such perfection on stage. This is the kind of live recording, that will make you move.

Best songs: “The Book Of Violence”, “Queen Of Hearts”, “Porcelain Doll”, “The Ones To Fall”.