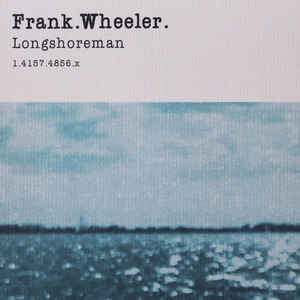 Background/Info: Wouter Jansen aka Frank.Wheeker is hailing from The Netherlands. He’s a good mate of Scheerling and Thaumaturgist we both recently discovered on a split-tape released on Oggy Records. I’m mentioning those artists because there are similar influences running in the work of Frank.Wheeler. Another main source of inspiration has been the music of soundtrack composer Thomas Newman.

Notice by the way that the CD format of this album has been strictly limited to 30 hand numbered copies.

Content: “Longshoreman” features 8 short cuts, which are into cinematographic compositions. The influences are pretty ambient like and move from space-minded elements towards dark- and mysterious passages. A few sound layers are sometimes enough to create a real impact on the listener, who gets transported to an imaginary world, which sometimes reminds me of “Twin Peaks”.

+ + + : This is a pure soundtrack-orientated opus, which also reveals an interesting diversity in atmospheres. From haunting and mysterious passages to pure reverie this work is also characterized by an impressive sound production. There are overwhelming, monstrous sounds emerging at the surface characterized by the brilliant “C.B.S.”.

– – – : It’s a pity there are only 8 cuts featured on this album. The diversity of the work, but also the pretty short duration compositions creates a kind of fragmented sensation.

Conclusion: “Longshoreman” is an interesting and rather successful debut for Frank.Wheeler who composes in between dark-ambient and cinematographic music.