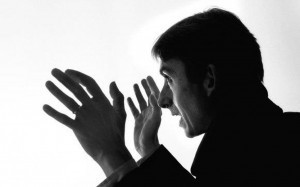 A fake Facebook campaign is spreading telling that Talk Talk’s Mark Hollis will record a new album if his Facebook page (which doesn’t even exist) gets 1 million likes. The rumours are spread accompanied by a badly photoshopped picture, as you can see below. Hollis retired from the music industry shortly after releasing his 1998 self-titled solo debut album.

“Mark Hollis”, a very minimal jazz music album, was released on Polydor Records on 2 February 1998, then reissued on Pond Life on 13 March 2000. In 2003, the album was released in LP format on Universal Records and on 11 October 2011, Ba Da Bing Records released it on vinyl. The album was recorded as part of a two-album contract with Polydor, along with Talk Talk’s fifth and final studio album “Laughing Stock” from 1991. 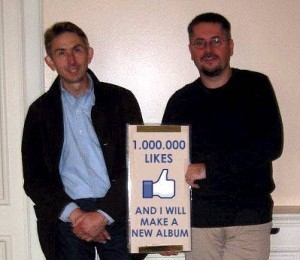 He did however record a new instrumental called “ARB Section 1” during final scene and closing credits of the Starz TV-show “Boss”. You can listen to it below. There is also some unused music Hollis wrote for the film “Peacock” plus he played piano on the Unkle track “Chaos” from the 1998 album “Psyence Fiction” and provided musical accompaniment to Anja Garbarek’s 2001 album “Smiling and Waving”. Only the future will tell if Hollis will come out of his reclusion to record new material, until then, silence. On the right is the clearly photoshopped picture, surprising some people think this is the real thing.

And if you can’t enough of Mark Hollis and Talk talk, check this live show from 1986 live in Salamanca.

Since you’re here … … we have a small favour to ask. More people are reading Side-Line Magazine than ever but advertising revenues across the media are falling fast. And unlike many news organisations, we haven’t put up a paywall – we want to keep our journalism as open as we can. So you can see why we need to ask for your help. Side-Line’s independent journalism takes a lot of time, money and hard work to produce. But we do it because we want to push the artists we like and who are equally fighting to survive. If everyone who reads our reporting, who likes it, helps fund it, our future would be much more secure. For as little as 5 US$, you can support Side-Line Magazine – and it only takes a minute. Thank you. The donations are safely powered by Paypal.
Tags: Mark Hollis, Talk Talk