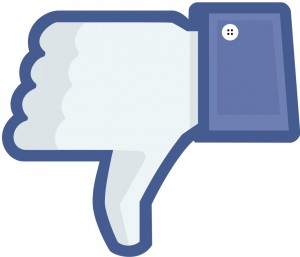 Since Facebook launched the option to upload videos, the platform has been ingesting millions and millions of videos. To give you an idea, already back in mid-2009 (that’s 6 years ago!!) 415,000 videos were uploaded daily to Facebook, and since then Facebook reported that 3 billion videos were viewed on its site each day (including the autoplays that is). All good and well, for Facebook that is, but Facebook never bothered to handle the enormous amount of pirated content on the platform although it was more than happy to monetise it… without paying the right holders such as artists, labels, film companies etc..

And that won’t be improving any time soon, on the contrary. Anno 2015 Facebook’s only answer to the wide spreading copyright infringements/piracy on its platform is the use of Audible Magic’s incredibly poor audio/video recognition services which identifies when someone uploads a video that violates someone else’s intellectual property. We say incredibly poor because if you thought it was comparable to YouTube’s successful Content ID system then you are very wrong. Nearly 70% of Facebook’s most popular videos are freebooting re-uploads (which Facebook monetises since people stick around longer on the website which increases the possibility they will click on adverts).

The upgrade that they have announced a few days ago won’t change this at all. Facebook will be testing a new video matching technology (only available to a subset of creators) through which publishers ‘will be able to report them (the pirated videos) to us (Facebook) for removal’. In other words, there will be no automatic way to remove pirated content.

The most annoying thing about Facebook’s policy is that Facebook refuses to monetise the pirated content on Facebook (SoundCloud has the same issue), and that would actually have been the only logical and reasonable step to take by Facebook. Instead they will continue to make money of your content without giving you any return, whether you upped the content or one of your ‘fans’.