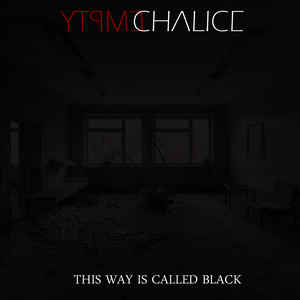 Background/Info: Empty Chalice is an Italian solo-project, which has found its inspiration in the early noise experiments of the industrial scene. This album was originally self-released and next re-released on the Russian CDR-label CVLMINIS.

Content: Empty Chalice progressively built up a heavy and loud noise wall. It all feels like a mad operator who lost control of his engine. It all starts to produce scratching noises and buzzing noise waves that rapidly become a merciless wave and an antidote to ‘common’ music forms.

There’s no real structure and it all sounds like improvised, sometimes a little less elaborated with dark, industrial and repetitive sequences. This album reveals 7 cuts of pure terror, which transpose reality into a never-ending nightmare.

+ + + : If you like the good-old noise formula based on merciless assaults and terror atmospheres, this is an album that will for sure catch your attention. It sounds loud and extreme.

– – – : I’m often missing cohesion and structure when listening to noise music. It’s not that different with Empty Chalice and in the end I often ask myself what exactly is the difference between all these bands? I’m missing a kind of sound identity.

Conclusion: If you are what we commonly call a music lover, Empty Chalice will pull you down to the ground; this is a dangerous noise virus, which played at maximum volume will literally blow you away.